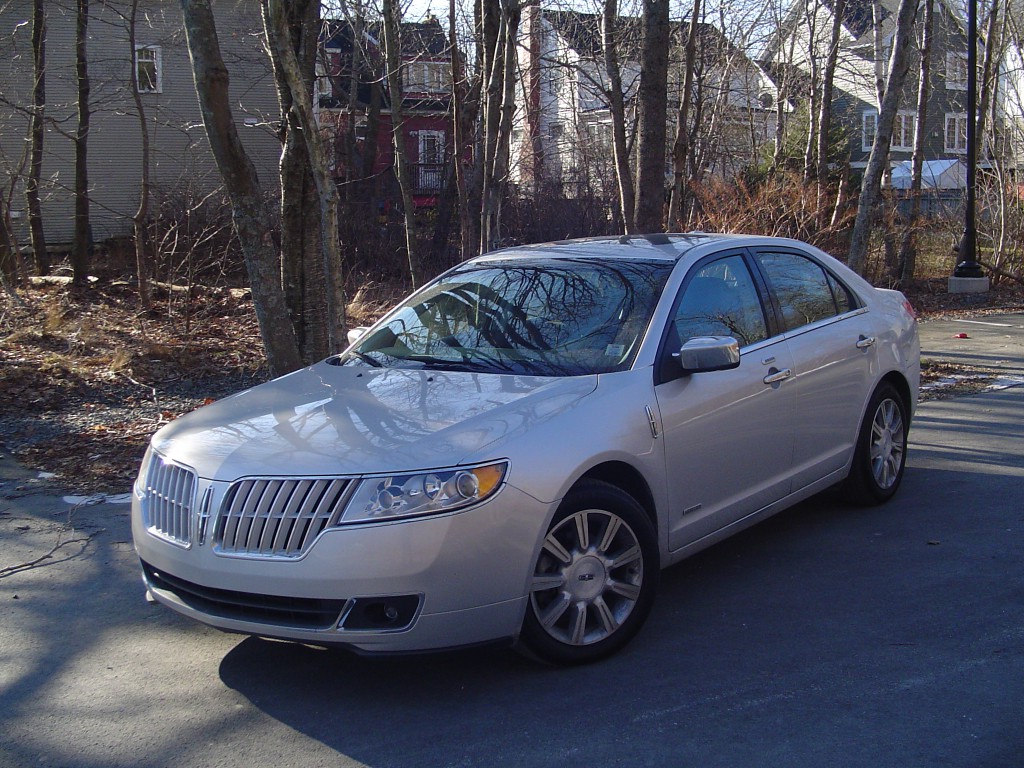 I recently had the pleasure of being chauffeured back to my nest in a Ford Fusion Hybrid by a man named Raj. This particular Fusion hybrid was actually being used as a taxi and since my tester for the week was the 2012 Lincoln MKZ hybrid, naturally, I decided to ask Raj about his vehicle of choice.

Despite having consumed a fair amount of Australian shiraz that night, I was able to remember Raj’s answer when I asked why he had chosen to buy a Fusion Hybrid to use as a taxi:

“I would have been stupid not to”.

While his fellow cabbies use the usual suspects to shuffle drunkards around late at night, Raj was adamant that they were all wrong. According to him, the perfect vehicle to use as a taxi was the Fusion Hybrid. It was comfortable, spacious, reliable, packed with technology and, of course, sipped gas as if it hated it. His only complaint?

“It’s not much of a looker and the guys that drive Town Cars car lots of luxury goodies”.

Imagine the look of delight on Raj’s face when I informed him that my tester was the 2012 Lincoln MKZ hybrid. He was completely unaware that it even existed.

I’ve driven the Fusion Hybrid before and came away fairly impressed, but is the MKZ Hybrid, which is essentially a Fusion Hybrid with some extras, really worth the extra dough, asked Raj? 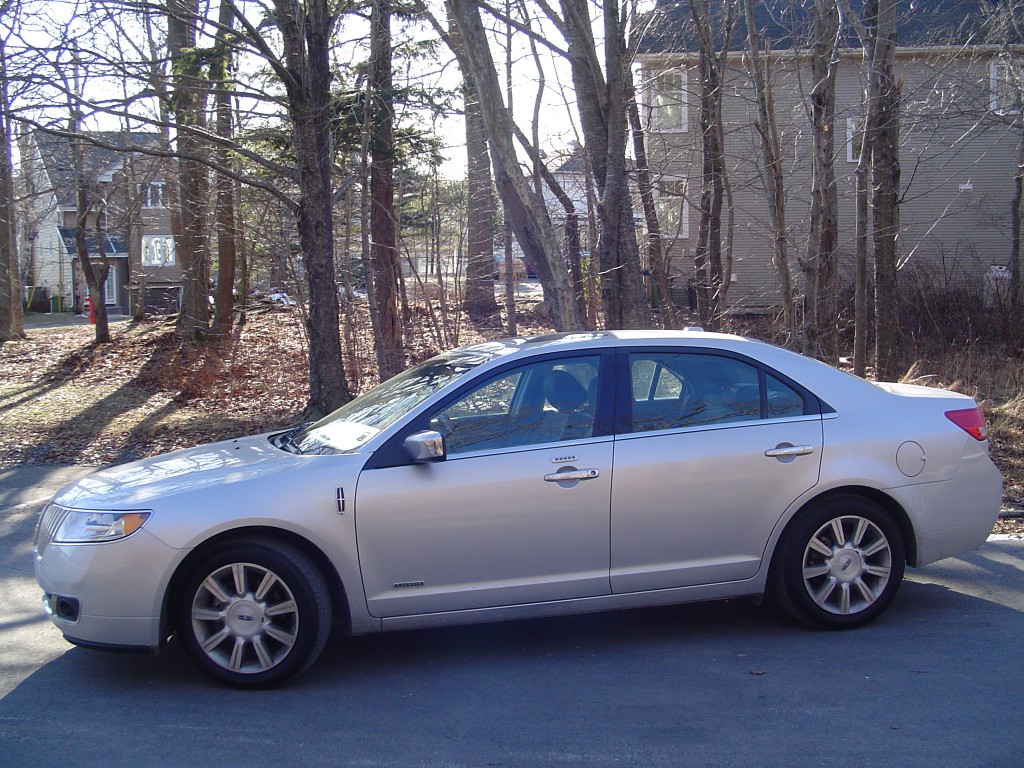 The MKZ recently undertook a mid-cycle redesign which gives it the Lincoln’s new corporate ‘waterfall grille’ up front. A friend of mine said “it’s kind of ugly” as soon as she saw it, while another said “THAT’s a Lincoln?!” as he gazed in awe of the front facia. My personal feeling is that the grille sort of looks like a grinning whale showing its baleen, but regardless of what you think, it certainly is a polarizing look. Out back the refresh continues with obnoxious looking tail lights that give the illusion of being wrap arounds, but they don’t actually connect in the centre. I thought it a bit much in pictures and I still feel that way today. The side profile is fairly yawn inducing and my conclusion is that a full redesign is completely necessary as tacking on the corporate Lincoln look to a design that was acutely boring in the first place basically results in a bit of a visual mess. With that said, if the MKZ concept, which recently debuted at the Canadian International Auto Show, is any indication the next generation MKZ should address its external design issues quite nicely. 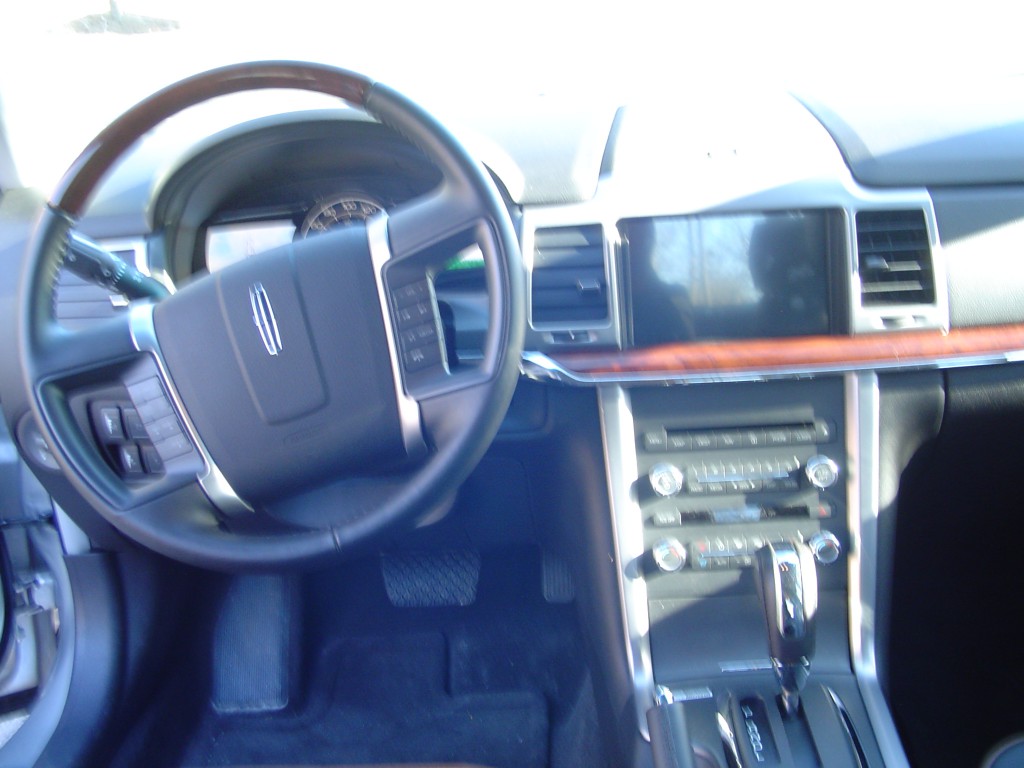 Let’s hope the interior of that concept comes to fruition as well. While the interior of the Lincoln is logically laid out and comes with all the amenities you’d expect with a Lincoln, there’s no denying that the overall design is a tad on the boring side. Still, Raj would likely be quite content as the plush leather heated and cooled seats, excellent rear leg room and decent audio system really make up for it. The fake wood is a bit tacky, however, it is in tasteful amounts and the quality of materials is decent as well. One downside is the rather small trunk. Due to the nickel battery pack used for the hybrid system, the rear seats do not fold at all and rear trunk space suffers. In fact, when driving my parents to the airport recently, we had to take Dad’s Volvo C30 as the Lincoln truly could not fit both suitcases. Yes, you read that right, the compact three-door C30 was able to haul more stuff than the big Lincoln. 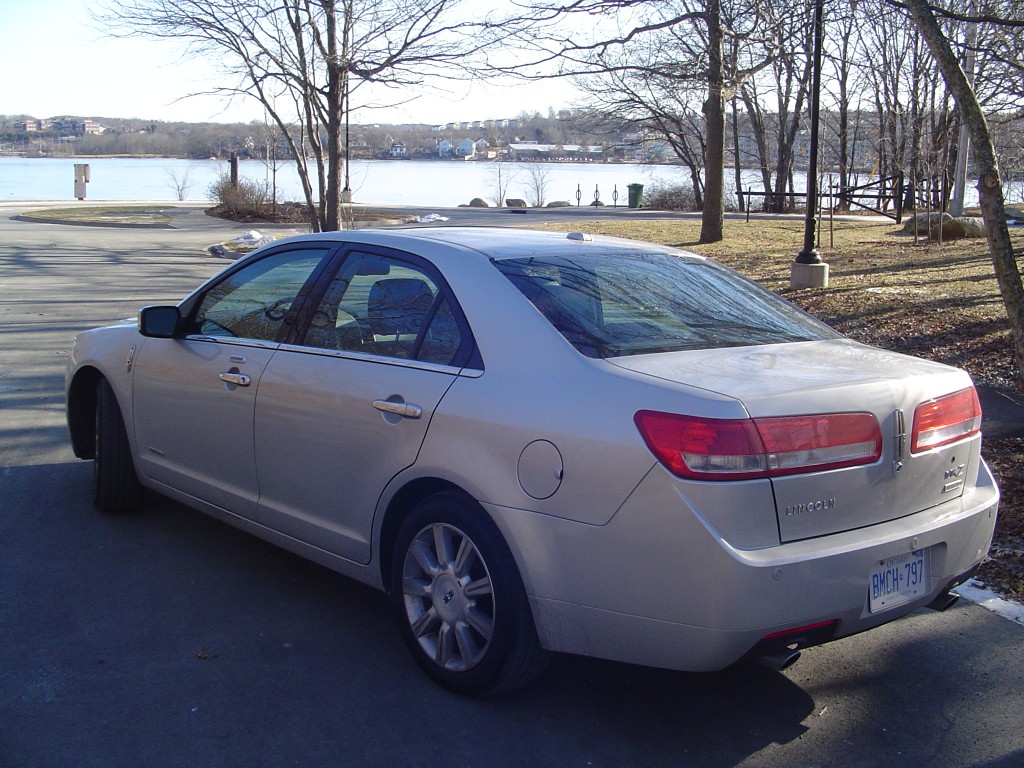 The speedometer layout, which I previously criticized the Fusion Hybrid as being too busy, is quite good. This is where a criticism of the reviewer is likely warranted as it is the exact same layout as the Fusion Hybrid, yet I found it to be way more user friendly and easy to use in the MKZ Hybrid. I, uh, can offer no explanation for that other than perhaps longer seat time in the MKZ hybrid allowed me to become more familiar with it. The layout clearly shows how much the electric motor is working and how much the gas engine is working. At the end of each trip, the MKZ Hybrid tells you how much fuel you’ve consumed and how it rates on the “flower” scale. The more efficiently you drive, the more flower blossoms appear at the end of the trip. You may call this a bit dilapidated, but I call it pure genius because it was even able to tame this lead footer’s roll in an effort to gain more flower pedals at the end of each trip. In essence, Ford has actually made driving efficiently quite fun – as if it’s some sort of challenge. While Ford was not the first to do this, they were definitely smart for incorporating this idea into their hybrids. 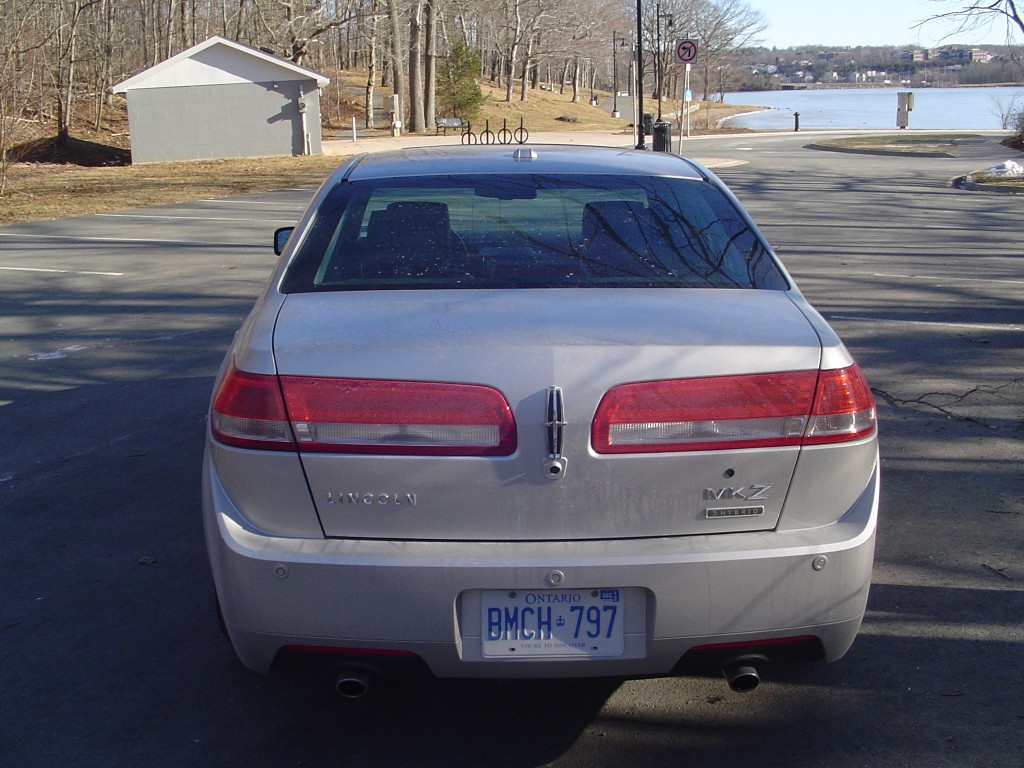 The MKZ hybrid seems to like being in all-electric mode more often that not and that is a great thing. While initially it takes a bit of getting used to in getting over the eery feeling of driving in stealth mode, the MKZ hybrid can actually drive on the electric mode only for up to around 70 km/h. As a result, the official fuel efficiency ratings are 4.6 L/100 kms city and 5.4 L/100 kms highway. I averaged 7.1 L/100 kms with my time in the MKZ Hybrid, however it should be noticed that for most of the time, the temperature was well below zero degrees which can drastically affect fuel consumption, hybrid or not. Still, that’s a pretty good rating considering this vehicle’s size and weight. And besides, it’s rated better than its closest rival, the Lexus HS 250h which gets around 5.6/5.9 L/100 kms city and highway respectively. 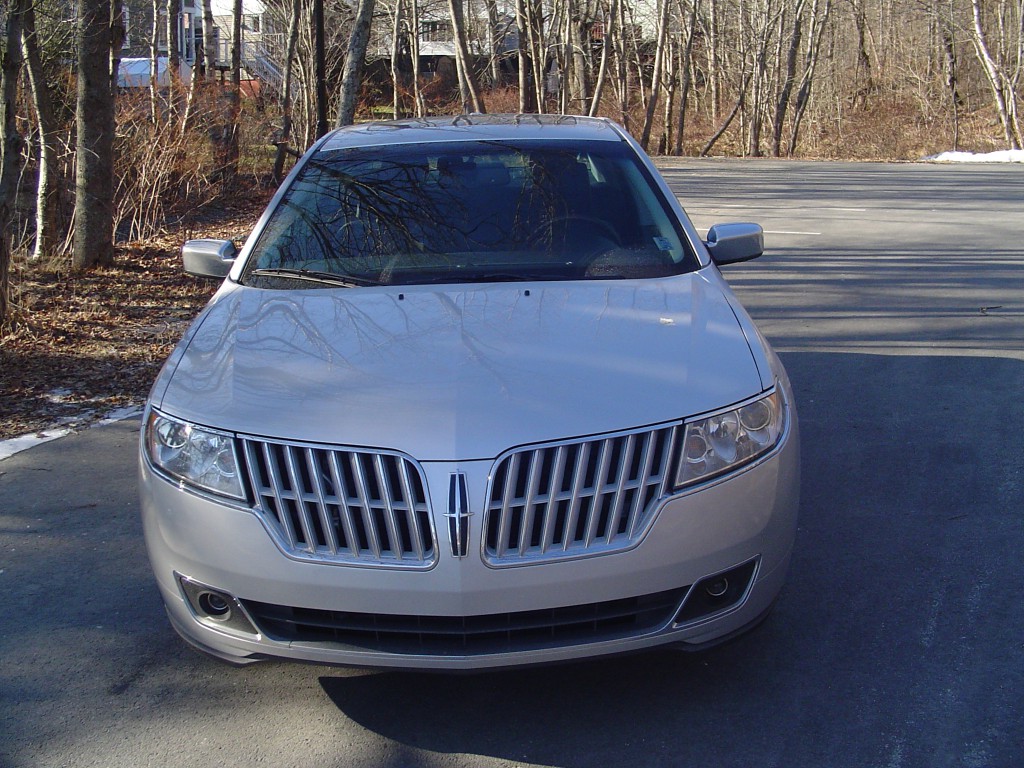 To drive, the MKZ Hybrid is every bit a Lincoln in that it’s comfortable, quiet and sedated. Being a ‘need for speed’ kind of guy, you can imagine how perplexed I was when I told a friend about how much a loved the MKZ Hybrid, yet couldn’t exactly come up with a reason why. While the engine offers up good power and acceleration, an immensely comfortable highway ride and, believe it or not, decent feedback to the steering wheel, it is still kilometers away from being a ‘fun to drive’ car. Yet, there’s something about it that made me enjoy almost all my seat time with it. I know it’s just a fancy Fusion Hybrid, but it somehow is more than that. It stands out in a crowd. It’s unexpected. It’s a bit like showing up to a BBQ with a vegan salad. While it likely isn’t the best thing you’ll eat at the BBQ, it’s still memorable and you’re likely a bit cautious to admit that you like it. And that really is one of the MKZ Hybrid’s strongest advantages. 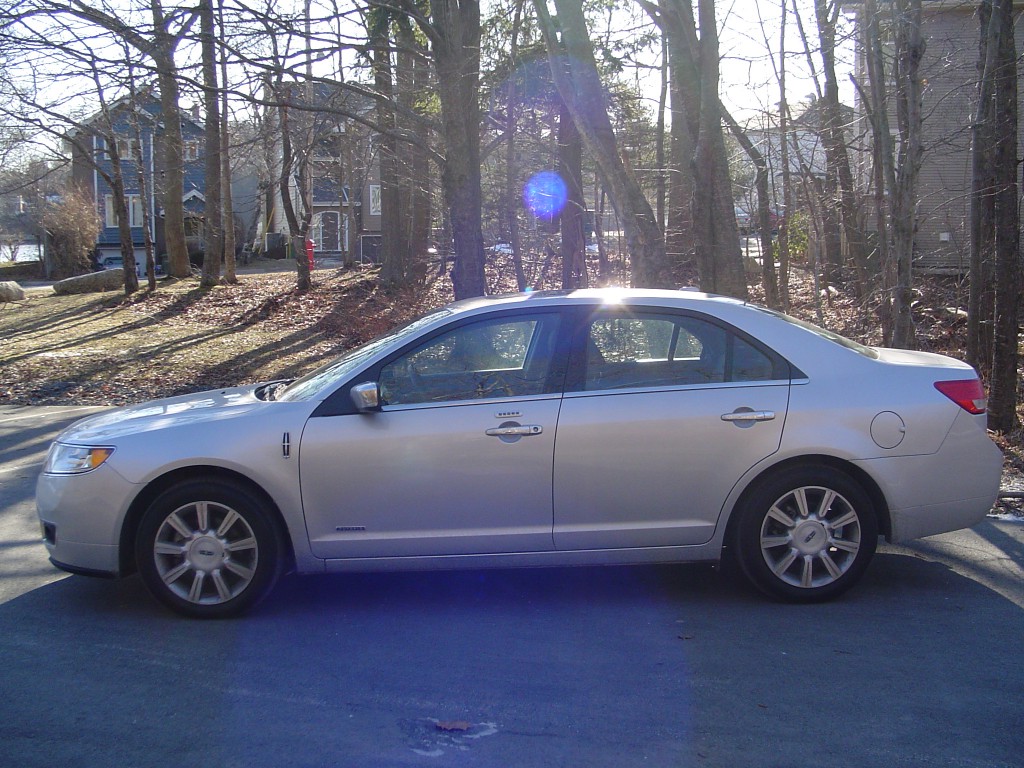 The biggest advantage? Well it’s gotta be the price. At $42,200 the MKZ Hybrid is exactly the same price as its more thirsty V6 powered all-wheel drive twin. That is truly what we should all be comparing it to, not Raj’s Fusion hybrid because, while the Fusion Hybrid is nice, it lacks a bit in areas where the MKZ makes up for. If it weren’t for that compromised trunk space, this really would be the vehicle that Raj is looking for, more so than an Prius or an HS 250h. And if driving a can isn’t your day job, you can take comfort in knowing that the MKZ Hybrid is amongst the cheapest of all the luxury hybrid’s out there and offers the best initial price advantage over the gasoline counterparts. When the MKZ Hybrid is looked at that way, it really does make sense. It will make a hell of a lot more sense once the new generation MKZ is revealed which is right about the same time when Raj’s lease will be up on his Fusion Hybrid and, conveniently enough, gives me an excuse to drink more Australian Shiraz in order to tell him to seriously consider it when it’s out. 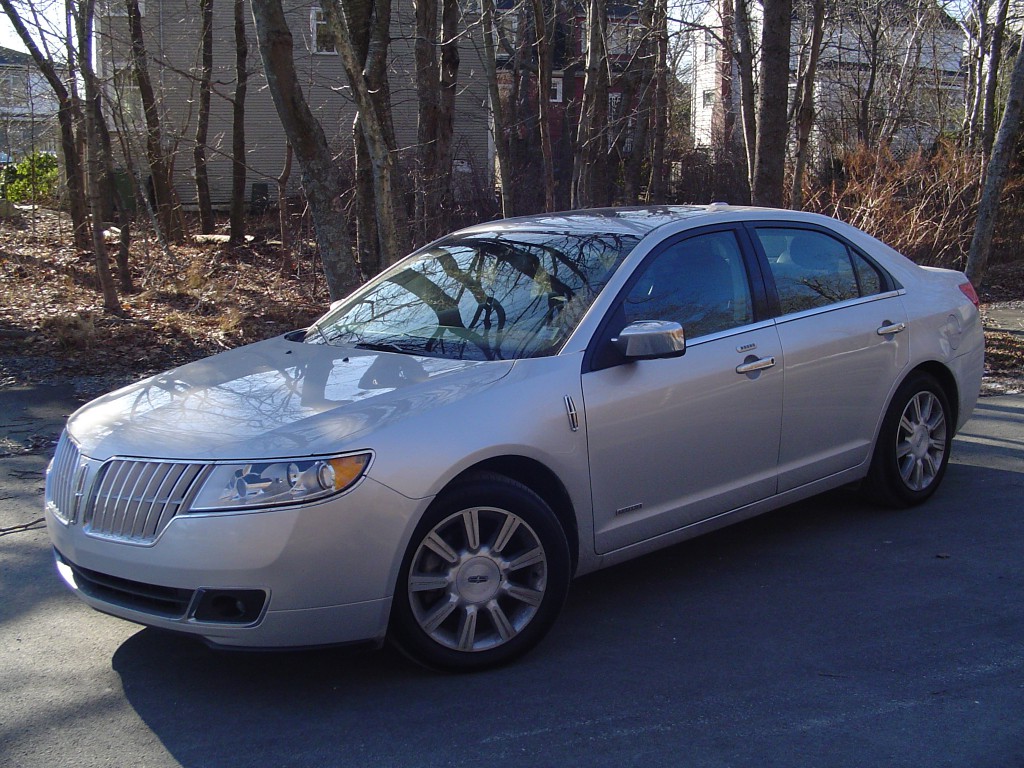