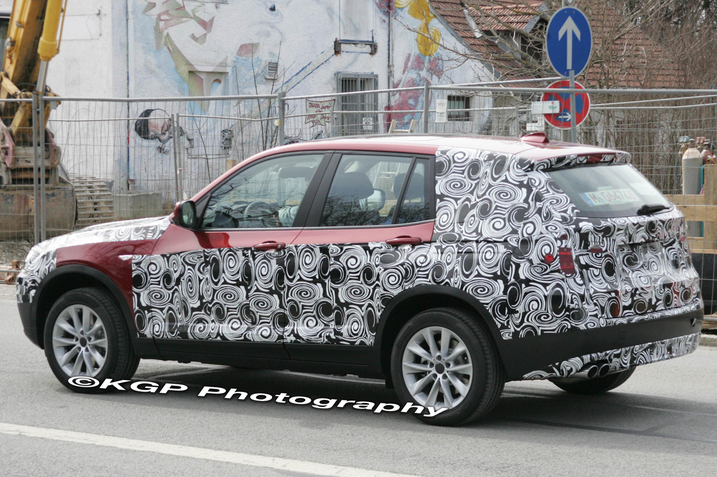 Even though the overall lines of the new X3 are apparent, that irritating swirly comouflage is still doing its job.

Regardless, we can see that the X3 is likely going to go conservative in terms of styling like the newly introduced 5-series. Expect a familiar looking tail lights similar to those of the X1, as well as a higher belt line than the outgoing model.

Under the hood is an expected 4 cylinder turbo to keep the fuel chugging to a minimum, as well as a top of the line inline six, which BMW does particularly well.