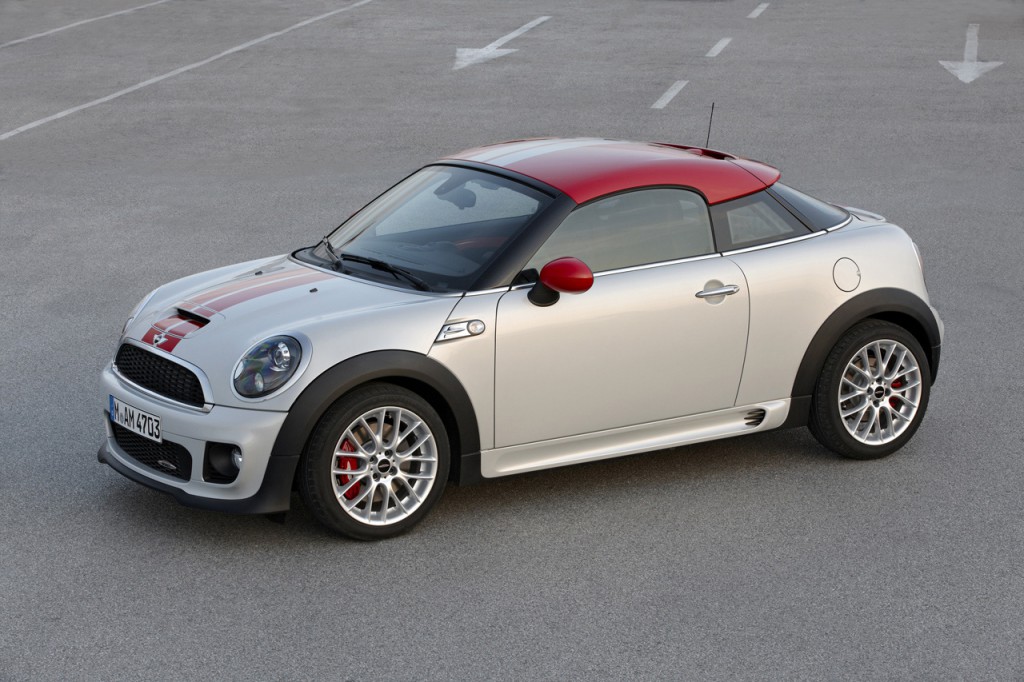 BMW has taken the wraps off the newest member of the Mini family and it promises to stay true to Mini roots, which is of course, fun. How much fun? Well BMW says it is the fastest from the factory Mini ever. And with some unique style to boot. The Coupe loses the rear seats to allow for a much lower roof line. This creates a “three-box” design which is a first for the Mini brand. While the front facia may seem very familiar, the rear design is quite the departure with accentuated hips which includes a retractable, usable rear spoiler. At speeds below 60 km/h the spoiler stays hidden, but above 80 km/h the spoiler shows its face. Unlike most spoilers on the market, this one is actually fairly functional as it keeps the the Cooper Coupe’s rear and planted at highway speeds. Although in reality, you would need to achieve autobahn type speeds in order to actually lift the Cooper Coupe’s rear end.

The Cooper Coupe will come in three iterations: the Cooper Coupe, The Cooper S Coupe and the John Cooper works Coupe. All will used differently tuned versions of the 1.6 litre four cylinder currently found in the Mini Cooper. The former will get 122 horsepower and 118 pound feet of torque with a 0-100 time of 8.3 seconds. The mid-level Cooper S Coupe will get 181 horsepower and 177 pound foot torque with a 0-100 sprint of 6.5 seconds while the John Cooper Works Coupe will take 6.1 seconds from 0-100 using 208 horsepower and 192 pound foot torque.

The new Cooper Coupe, like it’s hatched brother, can also handle like the dickens thanks to enhanced body rigidity and weight balance.

Prices have yet to be set, but expect to pay a bit of a premium over the regular Mini Cooper.