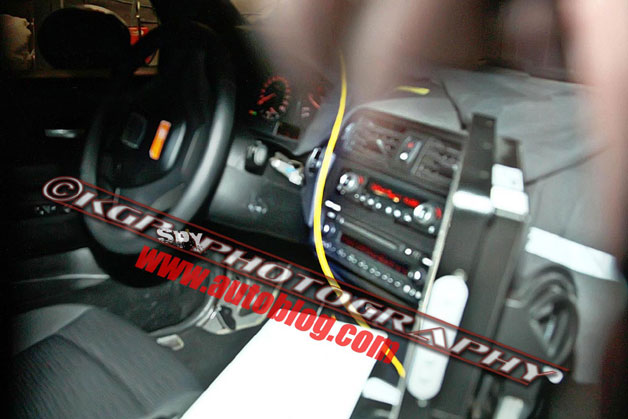 No, the interior you’re looking at above is not a new BMW interior, it’s actually that of the next generation Mini Cooper.

The Mini’s current interior pays homage to the original Mini with a retro-styled large speedometer in the middle, along with some modern enhancements such as toggle switches and coloured interiors that match the exterior. The interior has always been quite polarizing and BMW is clearly listening to the nay-sayers.

Assuming this test mule spotted cold weather testing in the article circle isn’t some elaborute ruse to foil sneaky photogs, it seems the next generation is going to do away with the love it or hate it retro look in favour of a decidedly BMW-esque interior. BMW fans will recognize the familiar looking centre stack as well as the orange conservative styled gauges.

BMW has recently said that the next generation Mini will take on a more modern look, but it was unclear if this meant a more modern exterior or interior. This pic seems to at least confirm the latter.