While I haven’t had the chance to get any time behind the wheel yet, the Ford Raptor has proven itself as a capable baja-like truck whose best photo angle is when all four wheels are in the air. The brute of an off-roader can tackle most situations and environments with ease.

But the Raptor itself, while impressive to be sure, seems to me to be a difficult vehicle to live with everyday. It’s based on the F-150 which can hardly be described as a small vehicle in the first place, but the Raptor gets a wider body than the regular F-150 making it positively massive. That means getting around town on the pavement is a tad difficult. It’s difficult to keep in its lane, difficult to park, and difficult to see out of.

Some are willing to sacrifice its lack of sophistication on the pavement for its off-road capabilities, which I respect. But, this always begs the question: why can’t we have our cake and eat it too?

Well, according to General Motors, we can. That’s why they’ve taken the mid-size Colorado and beefed it up with true off-loading credentials. 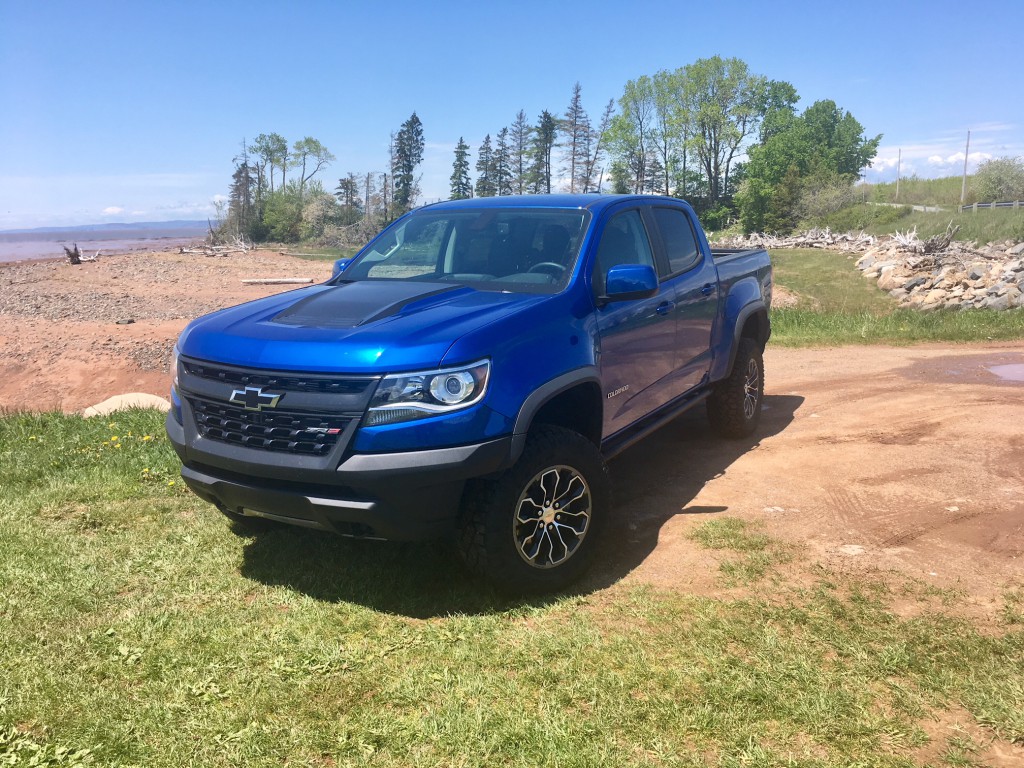 The ZR2 can be easily spotted by its exterior design. Aside from the obvious increase in ride height (two extra inches to be exact), the ZR2 also gets itself 17-inch wheels with 31 inch off-road Duratrac rubber. It also gets a revised fascia with deep cut outs to the bumper, which increases its approach angel to 30 degrees. All that, plus some modest ZR2 badging help the ZR2 stand out from its more mundane-by-comparison siblings. The stance is good enough to show this truck means business. My only gripe is the headlights. They are halogen-only and while they are at least projector-style, a vehicle of this type and at this price point should have HIDs or LED standard, or at least optional. 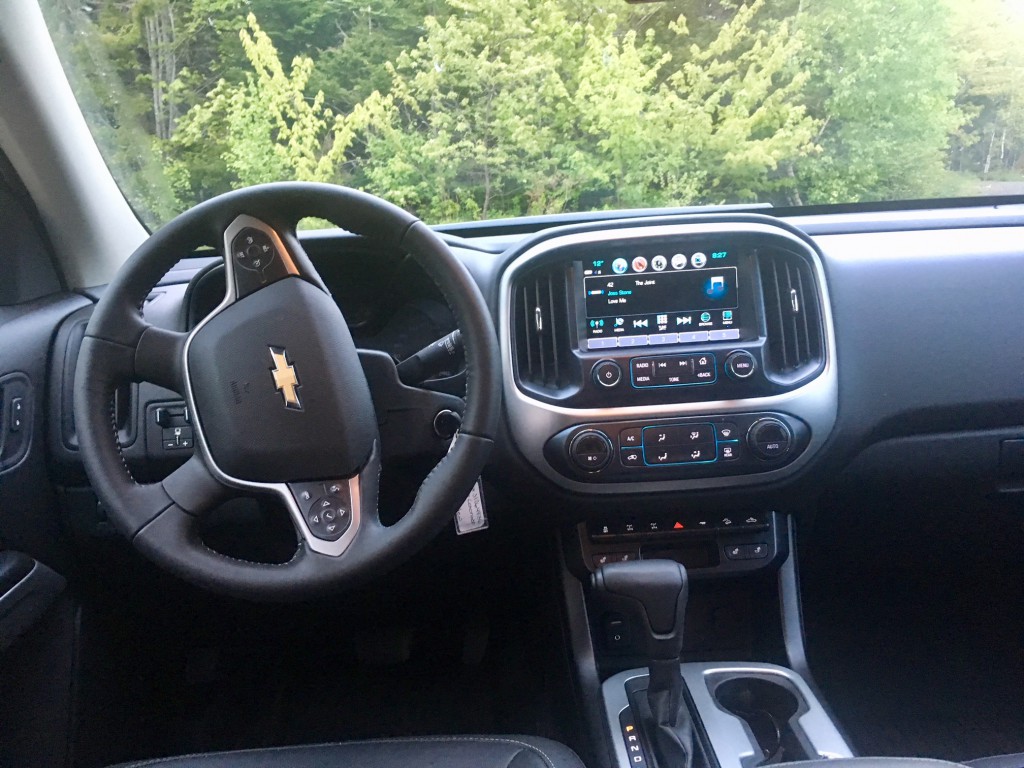 Inside, the only real difference between a standard fare Colorado and the ZR2 is the seats which have the ZR2 decal sown into the headrest. Otherwise, dreary is the name of the game here, though I’m willing to give that a pass considering most likely wouldn’t want anything too fancy inside considering the likelihood that the interior will get dirty. Besides, everything continues to be logically laid out and the MyLink system continues to impress with its responsiveness and ease of operation. 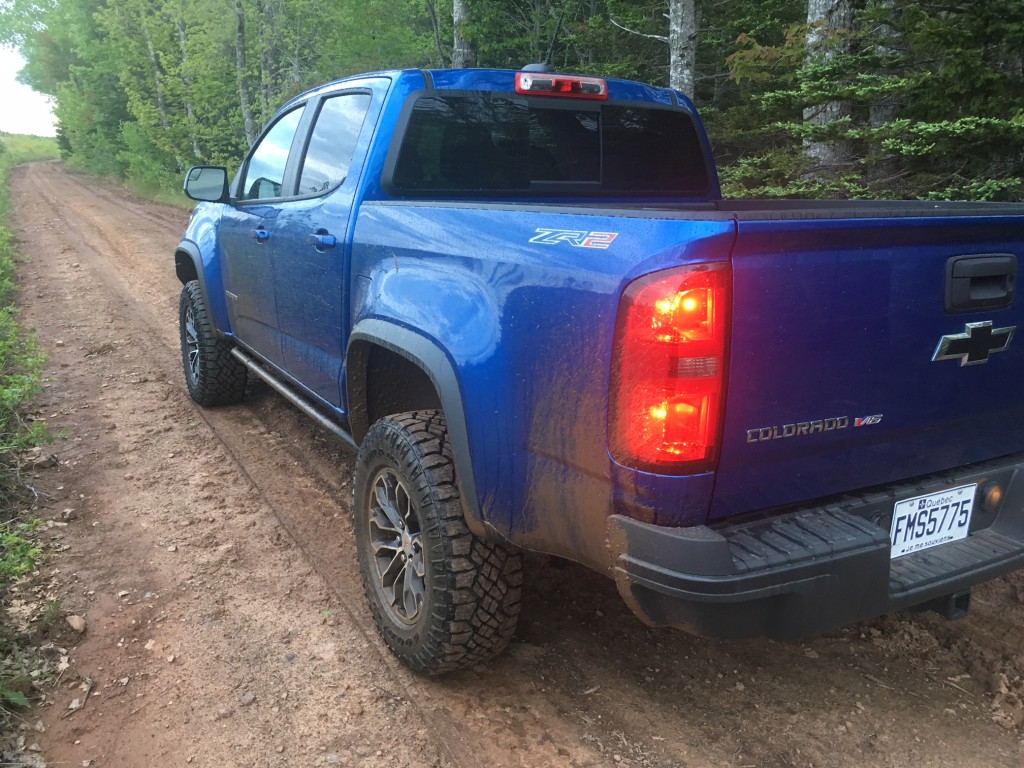 Being off-road centric, there are no running board to help hoist yourself inside so getting in is a bit challenging, but once you’re in there, interior room should be adequate for most, even in the rear seats. 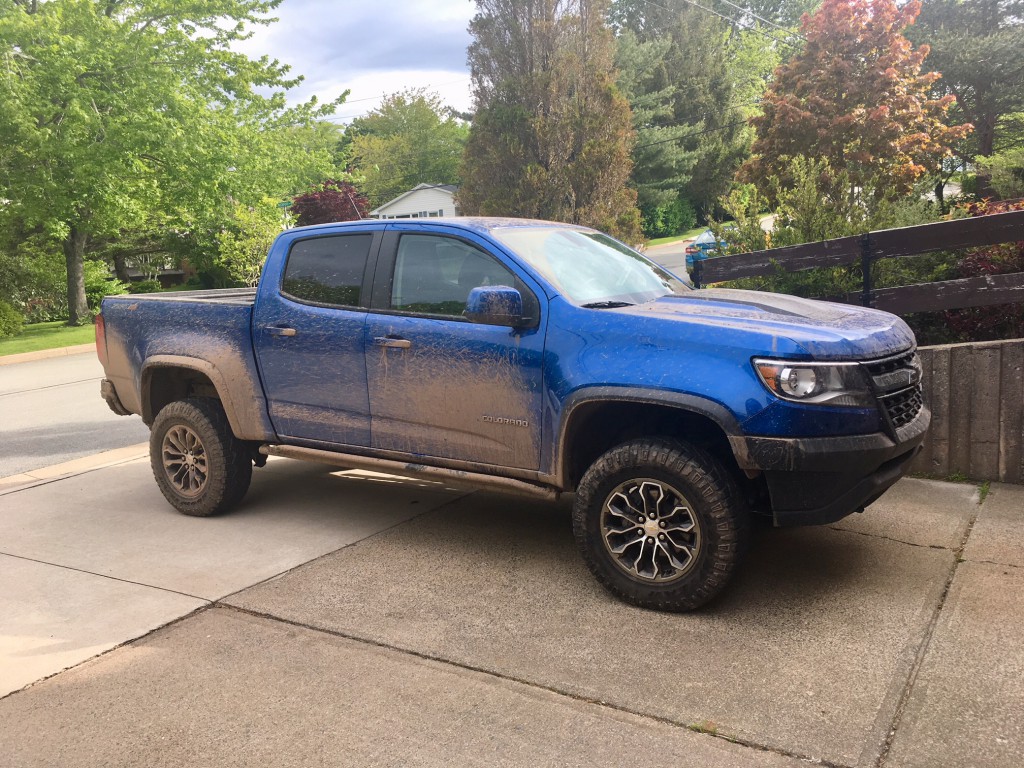 You’ll have two options for power with the ZR2. The first is a diesel option; a 2.8 litre 4-cylinder which produces 181 horsepower and 369 pound foot of torque mated to a 6-speed automatic. All that torque certainly sounds delicious, however, the diesel option will cost you close to $4,600. Ouch. Luckily the second option costs nothing and it is a 3.6 litre gasoline V6 which produces 308 horsepower and 275 pound foot torque mated to an 8-speed automatic. This was the unit fitted to my tester. 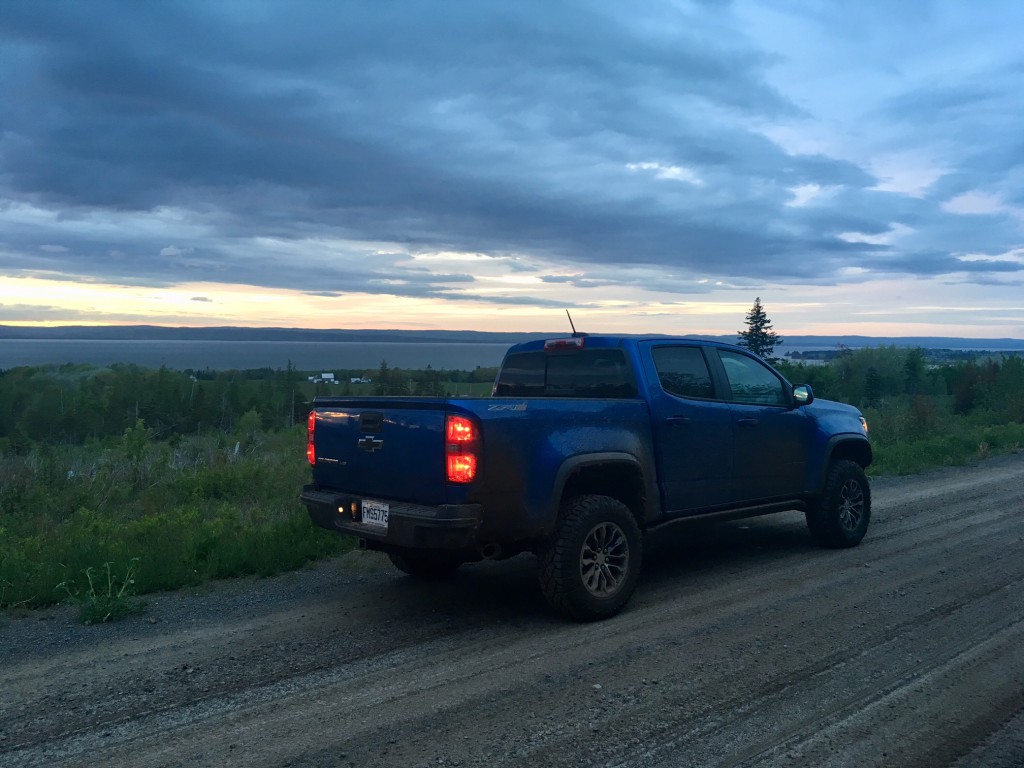 Acceleration is strong thanks to the V6, but it certainly isn’t quick either, though power is cycled through the 8-speed automatic smoothly.

I had the opportunity to take the ZR2 into some back woods in the Noel area of Nova Scotia and I must say, the ZR2 allowed me to have a hell of a good time splashing through mud puddles, climbing rocks and tree roots and it let me break the tail end loose on gravel roads. This thing is down to play whenever you are and a big reason why is due to the Multimatic dampers fitted to it. Fun fact: Multimatic is a Canadian company and thus, those dampers are yet another awesome Canadian invention. 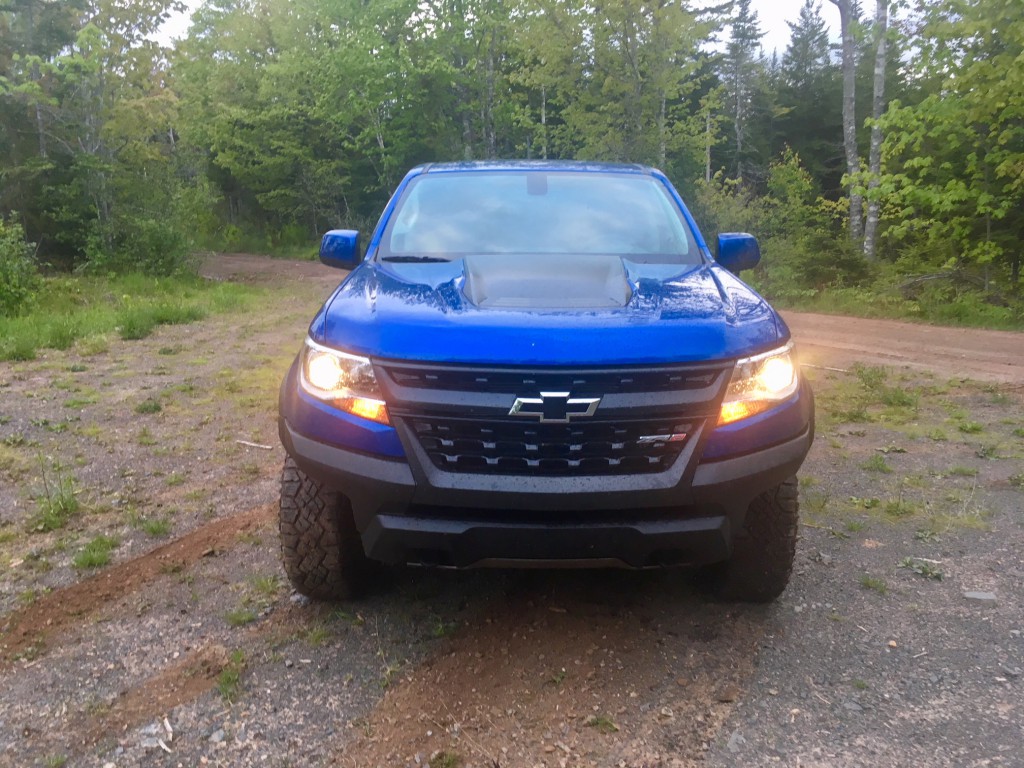 Basically the dampers enable serious off-road capabilities all while offering the comfort preferred for every day driving. They don’t bounce you about the cabin when you go over a bump or a pothole like most off-road centric dampers do. In fact, the ride of the Colorado could be described as civilized because of them. Originally derived from Multimatic’s proven racing technology, the dampers use unique spool valves which helps to keep occupants comfy on the inside during every day driving. 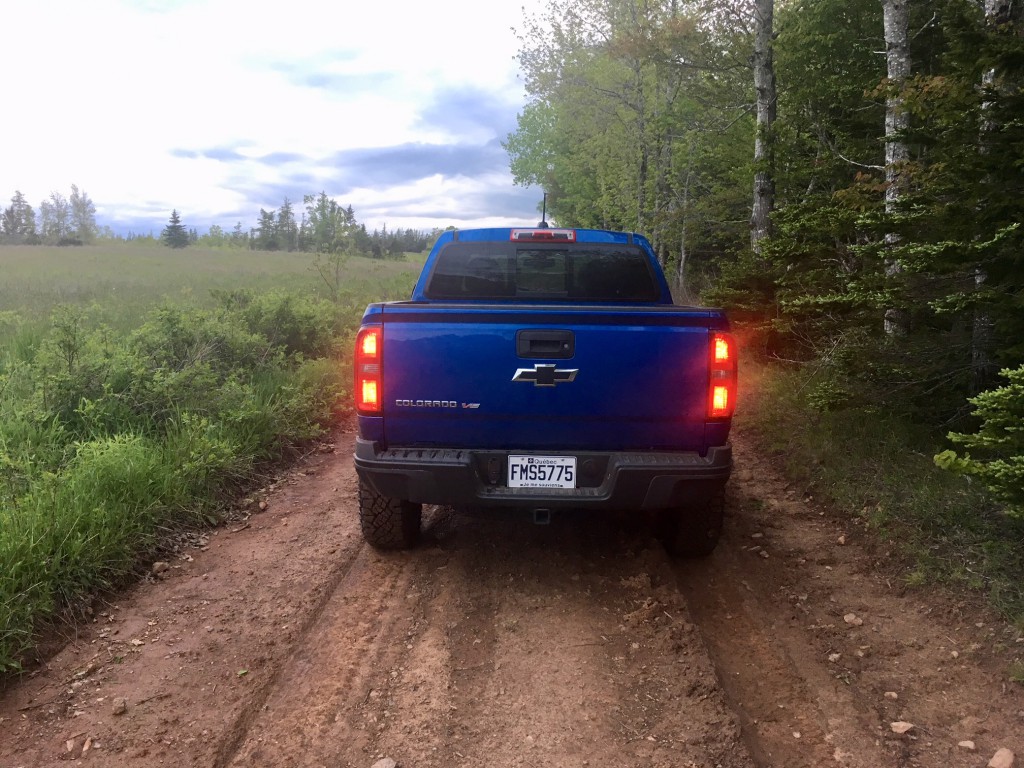 That meant the over hour drive from Halifax to Noel on the highway was a breeze – no issues regarding comfort and since the ZR2 with the V6 gets 8-speeds, there’s room for improved fuel efficiency to boot. 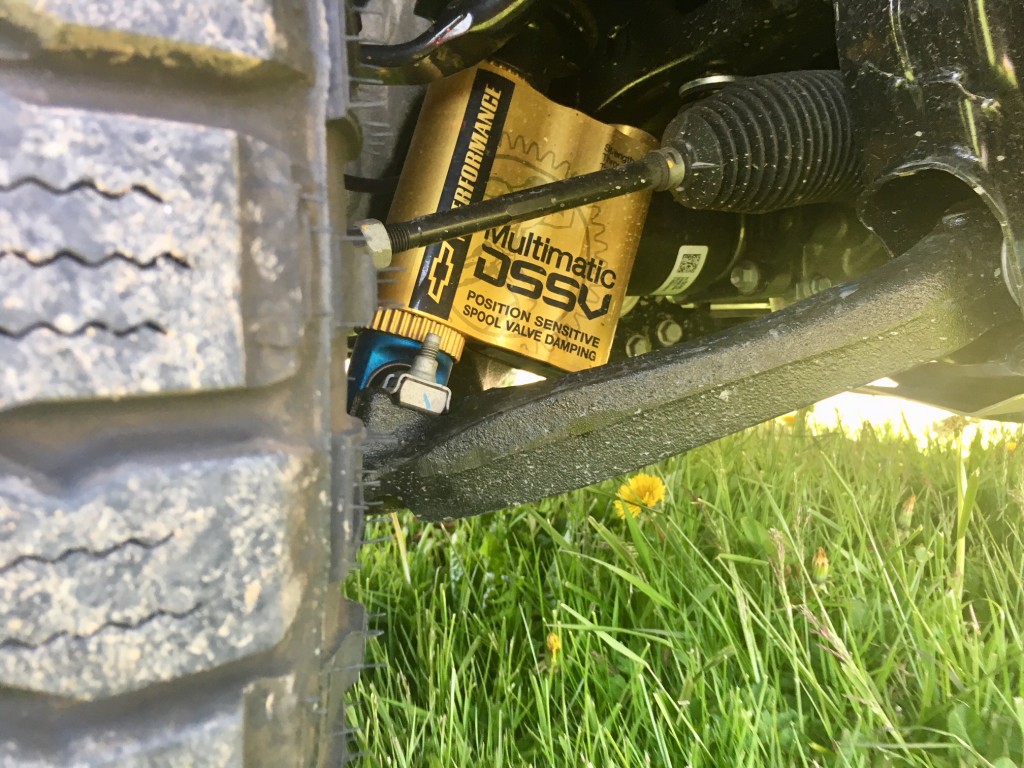 Which is a good thing because the V6’s official numbers come in from NRCan at 15.0 /100 kms city and 13.0 L/100 kms highway. Those aren’t great numbers no matter how to slice it, but for the record, my mixed driving came in at 14.7 combined. 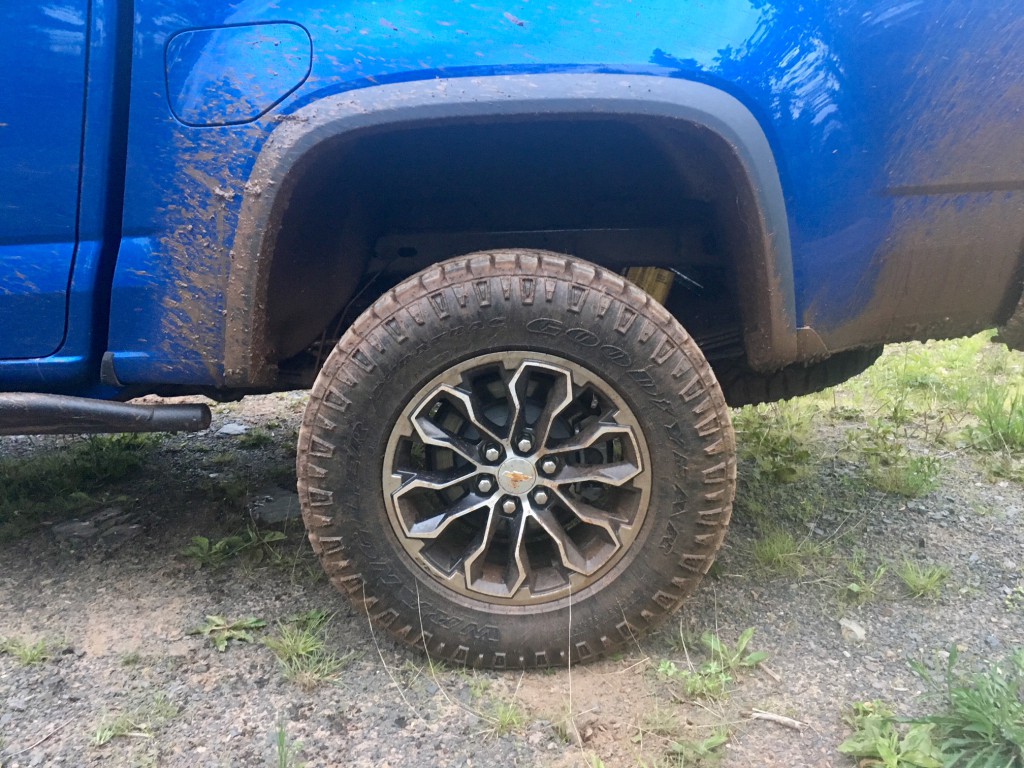 In addition to the help with sophistication from Multimatic, the Colorado simply makes a case for itself due to its size. Sure, the track as been widened on the ZR2, but it doesn’t feel brutish or beastly to drive and it certainly isn’t as wide as the Ford Raptor. That makes everyday driving bordering on being quite normal – as if you were driving just a Toyota Camry with a pick-up truck body swapped out. It really is that good. 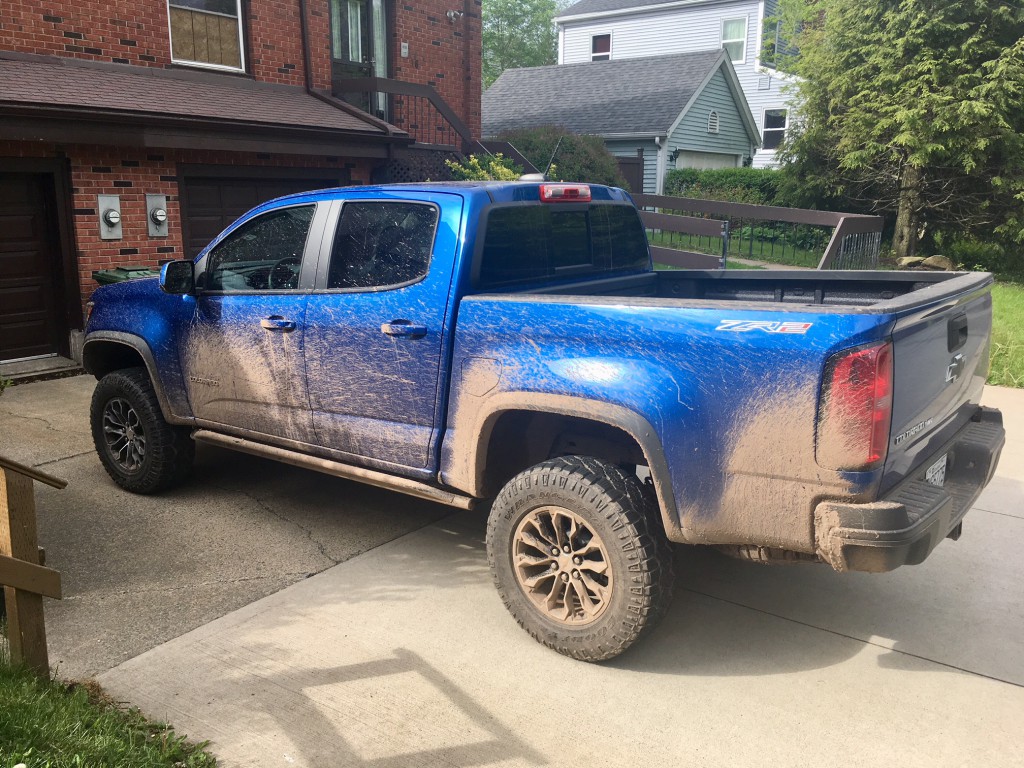 And the ZR2 really is that good in general. It’s the perfect size, has maddeningly good off-road capabilities, surprisingly pleasant on-raod capabilities, and isn’t too showy about it all. Sure, it could do better on gas (though there is that diesel, remember) and the interior could be a bit nicer with more goodies added in, but at the end of the day, the ZR2 proves itself to be the best all-rounder pick-up truck today in my opinion. In fact, I’d venture to even call it the best pick-up truck on the road today. Yes, I said it. If you are skeptical, all you need to do is take one out – either on or off road – to realize why. 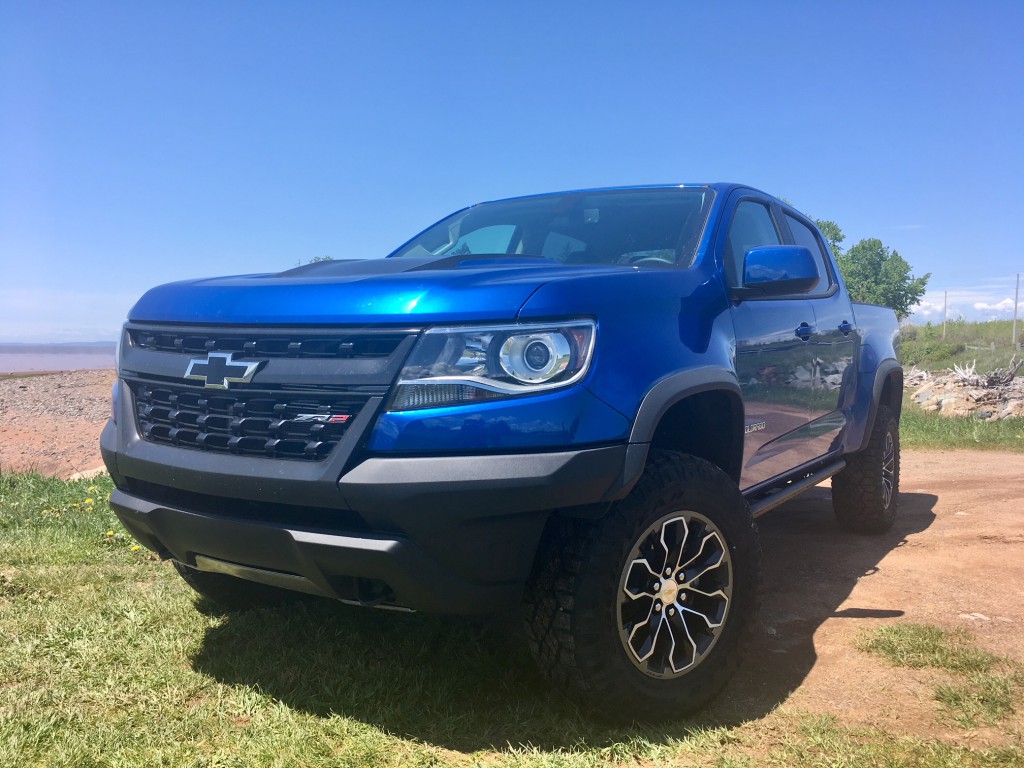