Back in February of this year, I decided to try the Lexus ES 350 for a few days while in Toronto for the Canadian International Auto Show.

Part of the reason why I chose it as our chariot was because there wasn’t much choice when it came to press car access, but the other part was because the ES line up is a bit of an oddity these days when it comes to sedans wearing luxury nameplates.

Most offerings from the Germans, along with Volvo, Infiniti and Acura are of a sporting nature. Even Buick has upped the ante in terms of performance and handling on selected sedan models.

But the ES has never claimed to be a dominant force in the ever crowded sport luxury sedan segment. Lexus has never wanted it to be.

Instead, the ES has been ever so happy to keep itself nestled within traditional luxury. What does that even mean? 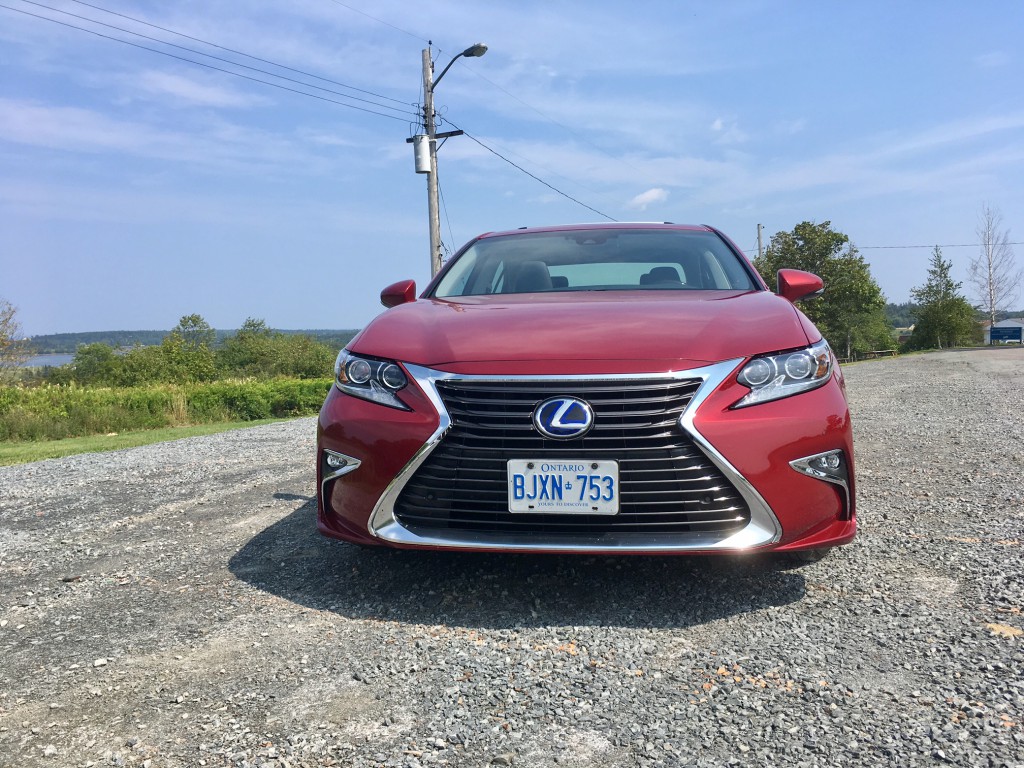 Well as far as the ES is concerned, it means a large exterior mass with a cushy, floaty ride along with wood grain on the steering wheel and throughout the cabin. It means a hushed cabin and encourages a relaxed driving style. You’re in no rush to get to your destination because you’re being coddled like a newborn baby.

But the Lexus brand is trying desperately to reinvent itself. While BMW seems to be puzzlingly content of late to tone down performance in most of its models, Lexus seems to be doing the opposite, especially when it comes to styling. All models are more aggressively styled and all models are now unmistakably Lexus.

I won’t get into the interior and exterior elements of the ES since there is little visual differentiation between the ES350 and the ES300h, but if you’re curious, you can check out the review from this past February.

This time, I had the hybrid version of the ES and this time I had it for a week than a couple of days. 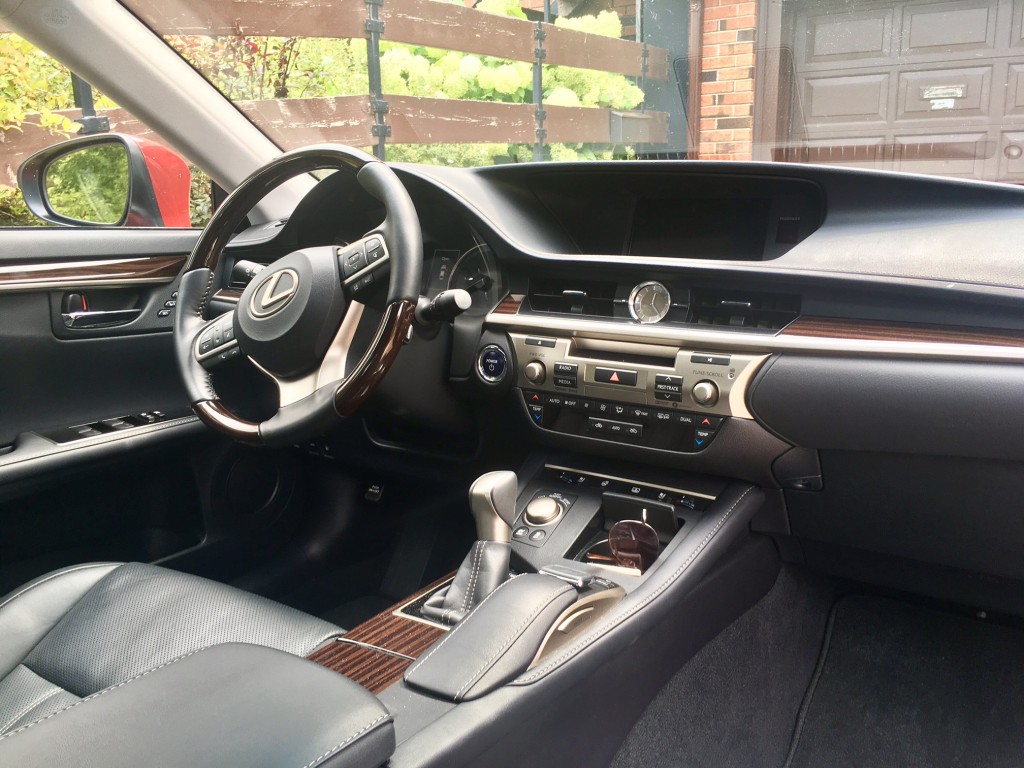 The hybrid system itself is a 2.5 litre four cylinder which produces 156 horsepower and 156 pound feet of torque. The battery is a 1.6 kWh unit which bumps power up to 200 horses. A continuously variable transmission (CVT) is your only transmission option. There was once a time when 200 horsepower was impressive, and quite frankly that still rings true today, just not in the ES. Zero to 100 takes around 8 seconds, and they feel like a long 8 seconds. 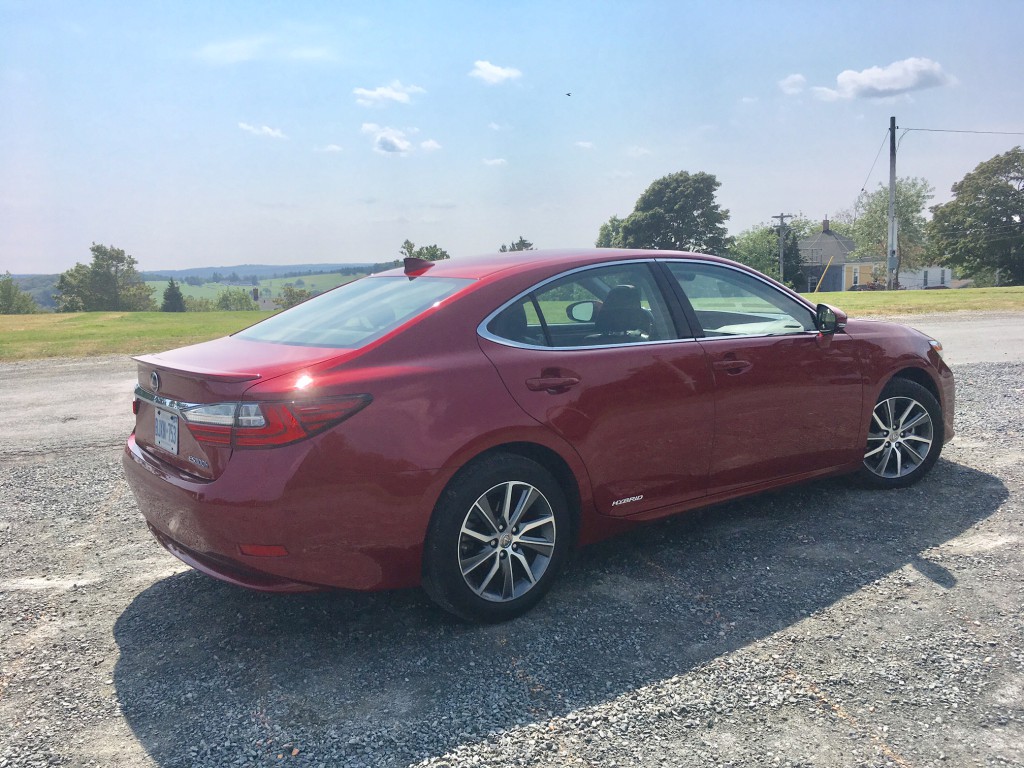 I’m not even sure why I bothered testing out cornering abilities; perhaps just to confirm that the ES isn’t some sort of closeted Nissan GT-R, but the skinny rolling resistant tires react as if they’re being tortured the second you turn in with any sort of aggression.

Being a hybrid, the brakes are of course regenerative which does take a bit of getting used to, especially if you’ve never driven a hybrid before. But they take a fair amount of muscle to get the big ES to a complete stop. They fade quite easily and to exude much confidence which causes you to start to brake earlier than you are likely used to.

But none that matters if I’m honest. All of the ES’ criticisms above are unfair. It’s like getting upset because The Exorcist didn’t feature enough comedy scenes. 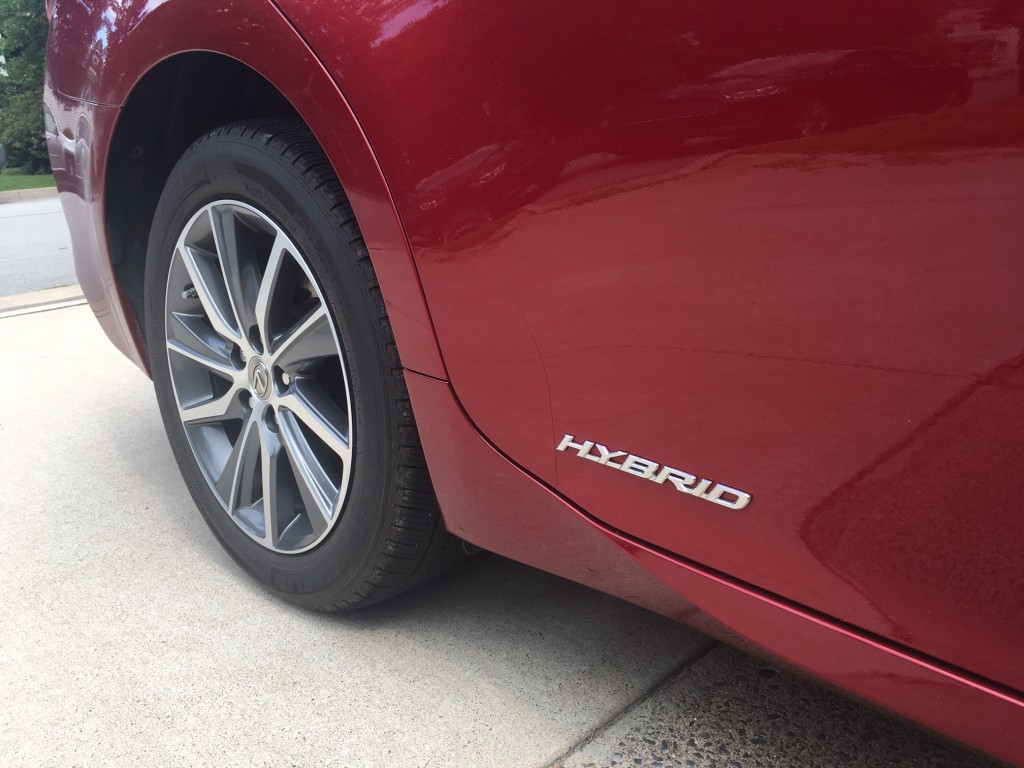 If you treat the ES300h the way it was meant to be treated, you’ll find yourself with a rather pleasant traditional luxury sedan that just so happens to return fuel consumption figures that would make a Toyota Corolla blush with embarrassment.

Taking a couple of hours to enjoy a gourmet three course meal is proper, not scarfing it all down as if you’re in some sort of eating contest. And so is the case with the ES. Take some time to enjoy the ride.

If you drive it properly, you’ll be cushioned wonderfully over bumps and other imperfections in the road. If you lay off the throttle, the rather noisy CVT settles itself down. If you slow down to take a corner, you’ll be rewarded with light and buttery smooth steering. 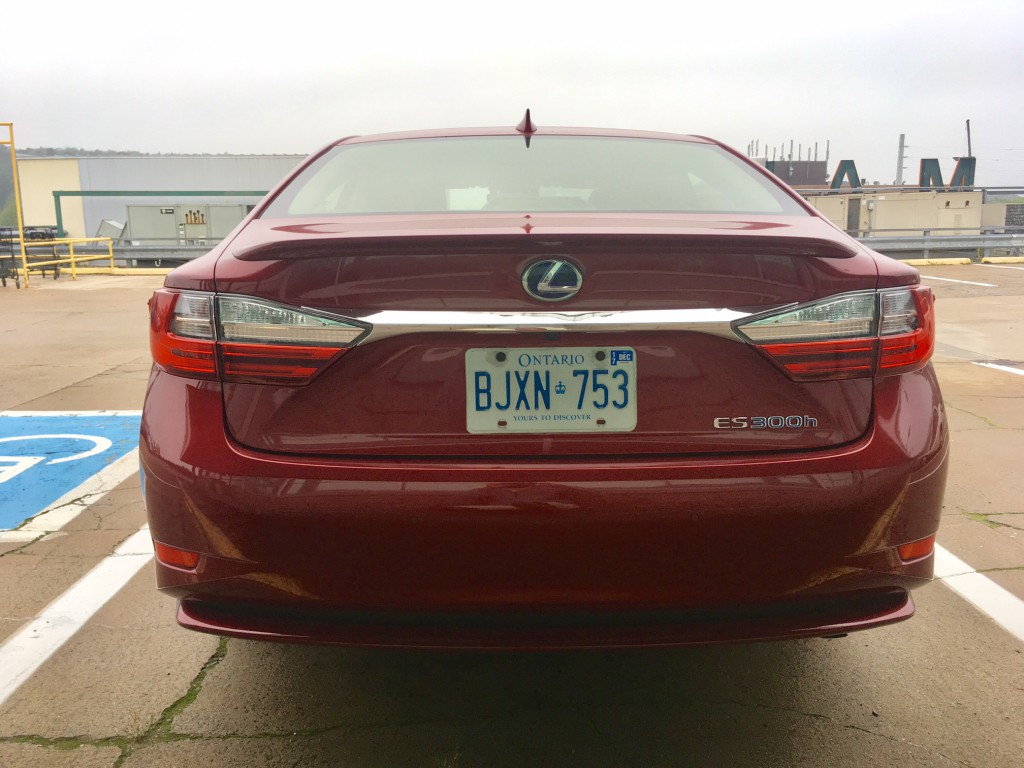 And that, perhaps, is a type of driving style that is completely underrated. Nowadays, we expect our cars to be a jack of all trades. We want the off-road capability of an SUV, the interior room of a minivan, the fuel efficiency of a Prius and the performance of a Porsche 911. So when automakers do their best to give us this impossible combination, there’s always criticism to be handed out.

But Toyota hasn’t bothered with any of that. If you want a luxury car, you’ve got it. If you are looking for any other aspect to go along with it, then the ES isn’t for you. That is, except if you just so happen to be looking for good fuel efficiency to go along with your  conventional luxury. Rated officially at 5.8 L/100 kms city and 6.1 highway, I was able to return exactly the latter in mixed driving. I don’t know of any vehicle this size that can achieve such impressive real world mileage. 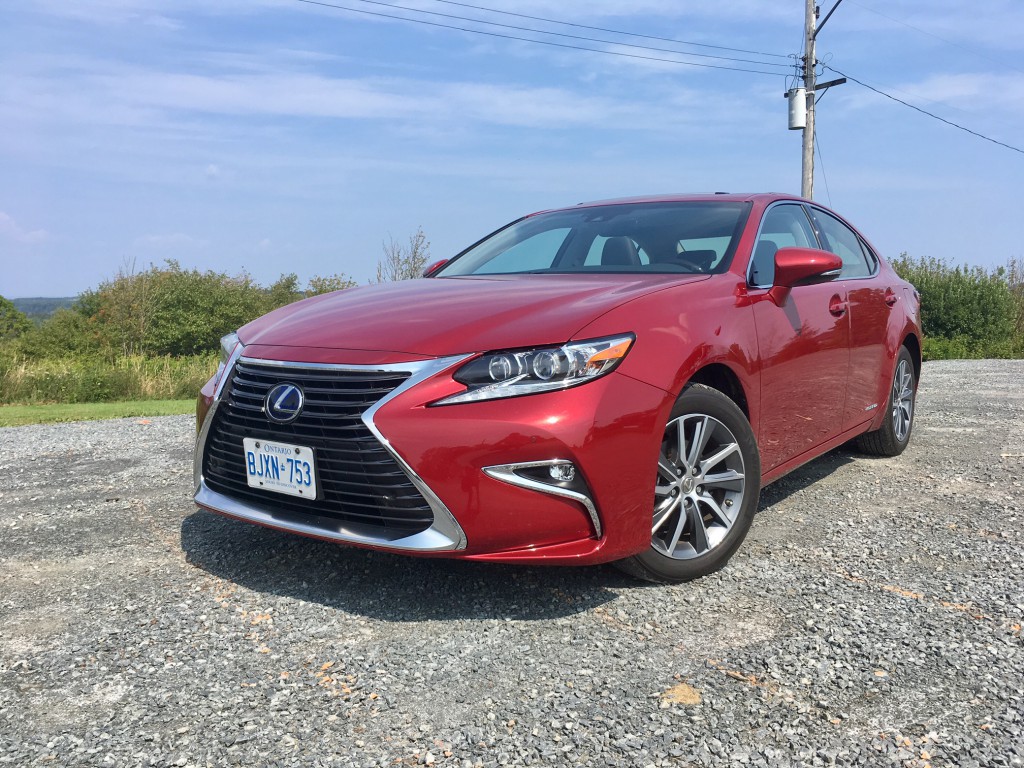 And indeed I can think of no vehicle that so aptly does classic luxury so well. The ES300h is so comfortable to drive that you’ll need to take advantage of the decent stereo system to keep yourself awake.

In fact, the only real downside to the ES300h is the Camry hybrid which has just undergone a recent redesign and is sure to be better than ever. You’ll get the same hybrid system wit similar levels of luxury for a lot less.

Then again, like the ES300h’s drive style, it’s best to not overthink it.