To get to the 2017 Canadian International Auto Show, I had to decide on a chariot that would take my girlfriend and me there and around the city of Toronto for five days. This car had to be big enough to handle our luggage, powerful enough to handle Toronto’s infamous highways and comfortable enough to handle potholes and streetcar tracks with ease. My sense of direction isn’t exactly on par with a blood hound so it had to be equipped with navigation as well. Ideally, it would also be a vehicle I’ve never had the opportunity to review before or had been significantly updated from the last time I reviewed it.

SUV’s seemed like the obvious choice, but I find most to be cumbersome in big city environments. After deliberating, I decided to check out what Toyota had available. And then, bingo; we had a relatively perfect fit: the Lexus ES 350.

The ES isn’t as forgotten as the CT, but it’s safe to say that it rarely comes up as a direct competitor for many of what the brands rivals offer. While they are off making compact sedans that prioritize style, ride and handling, the ES, since its inception, has always been content taking on the role of comfortable cruiser. And it certainly looks the part. 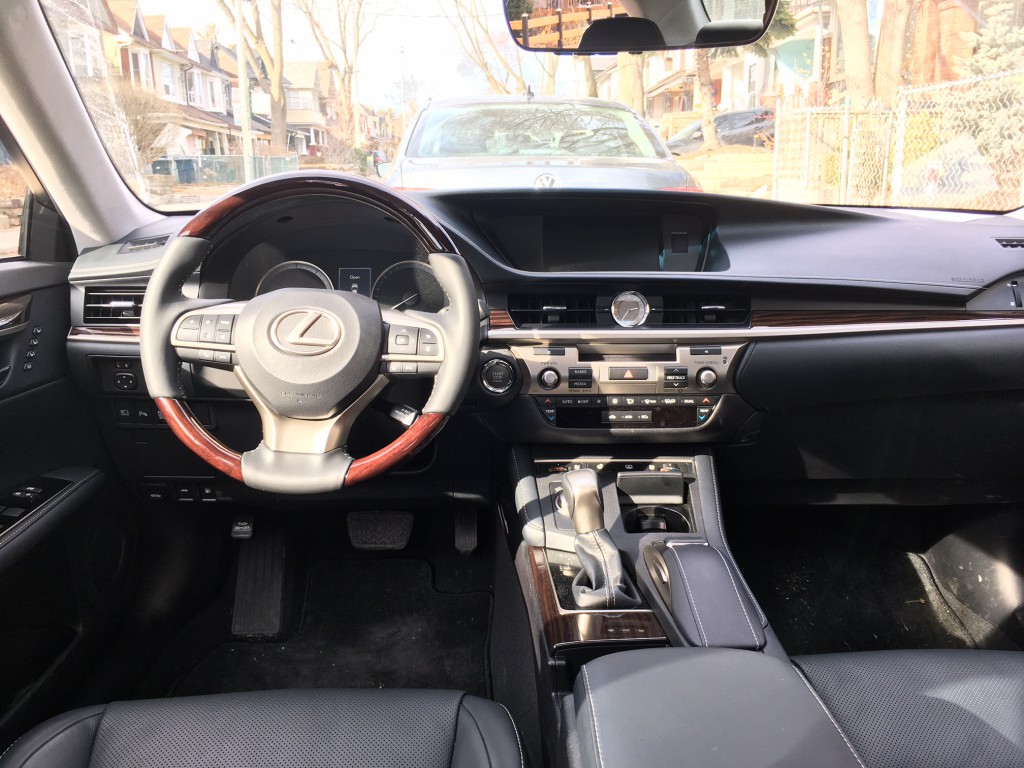 There’s no jaw dropping panache added into its styling. Though this latest refresh makes it arguably the most stylish it has ever been, it still doesn’t try overly hard with four-door coupe-like shapes, fancy bling, or flared wheel-arches with 19-inch wheels with low profile rubber wrapped around them. Instead, you’ll find much more reasonable looking 17-inch rims, which are a new style for 2017, along with traditional Lexus styling cues which include L-shaped LED daytime running lights, the spindle grille and Lexus’ new tail light design. It’s enough to keep the otherwise plain Jane ES fresh for a few more years and thankfully, it flies enough under the radar of passersby and police.

Inside, you’ll find a revamped interior which initially feels a bit busy, but you get used to the layout quite quickly. The restyled steering wheel features wood trim –something that hasn’t been around for years making it feel a bit old, but the portions that are leather wrapped are also heated which is welcomed welcomed, though it ended up being unnecessary thanks to the unexpected sunny and 15 degree weather the last three days we were there. Thankfully, this gave us the opportunity to open the sunroof and use the electronic rear window shade to keep things cool while the ES was parked.

Quality of materials is up to Lexus standards. Lexus opts to have a mouse-like toggle switch to operate the infotainment system. While it functioned better than I expected it to, a regular touch screen or dial would likely make it a bit easier to use. 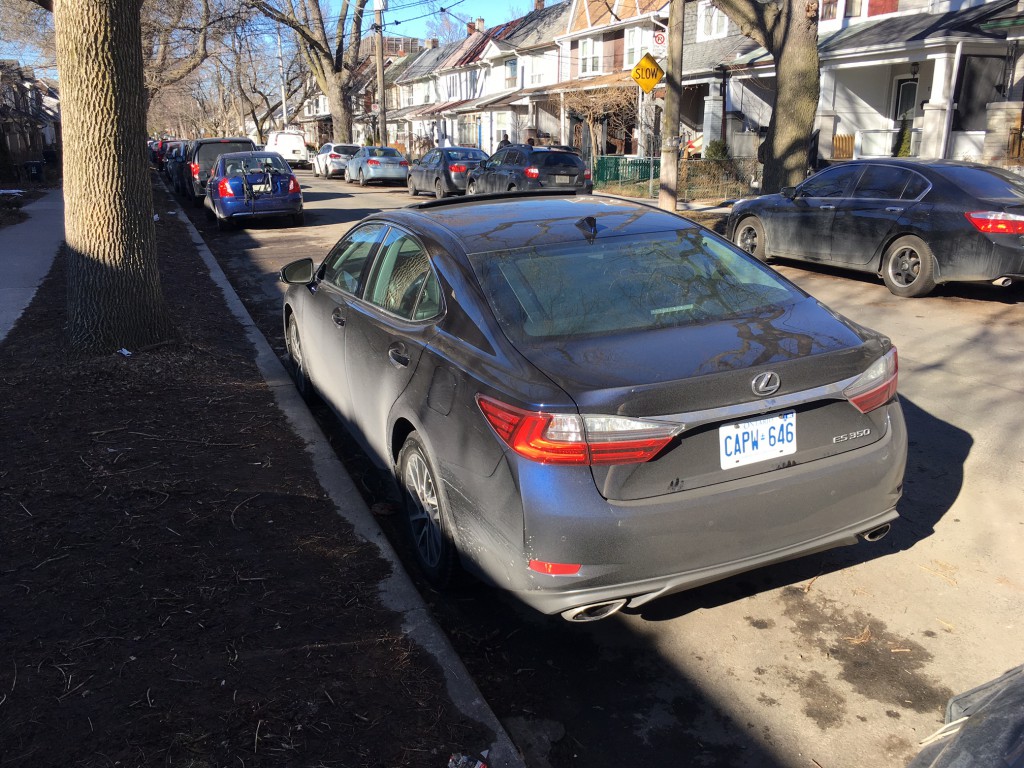 I mentioned that navigation was a requirement when we were looking for a vehicle. The ES we tested did indeed have it but it may as well not have had it. This is one of the worst nav system’s I’ve tried in a very long time. While inputting locations is straight forward and easy enough, the system will take you on some of the most mind boggling routes in order to get to your destination including trying to take you down one way only streets, making you do illegal u-turns and zigzagging your way through side streets as opposed to keeping you on the main roads. On top of that, it often didn’t give enough notice if multiple turns needed to be made in quick succession and a few times it would even audibly tell you to turn left, when the screen was indicating that you need turn right. Eventually, we became familiar enough with the neighbourhood we staying in to be able to navigate around ourselves.

The ES 350 comes with a 3.5 litre V6 which generates 268 horsepower which is more than adequate for this type of vehicle and for commuting around Toronto. There are different drive modes which regulate power delivery depending on which mode you select. In Eco mode, throttle input is more restrained as is power availability. In regular mode – which was the mode I kept it in the most often – power is adequate and transmission shifts from the six-speed automatic are smooth and linear. Sport mode awakens all the potential of this engine, giving it a surprising burst when you need it and all the gusto to go along with it. This is a smooth and decently efficient engine. 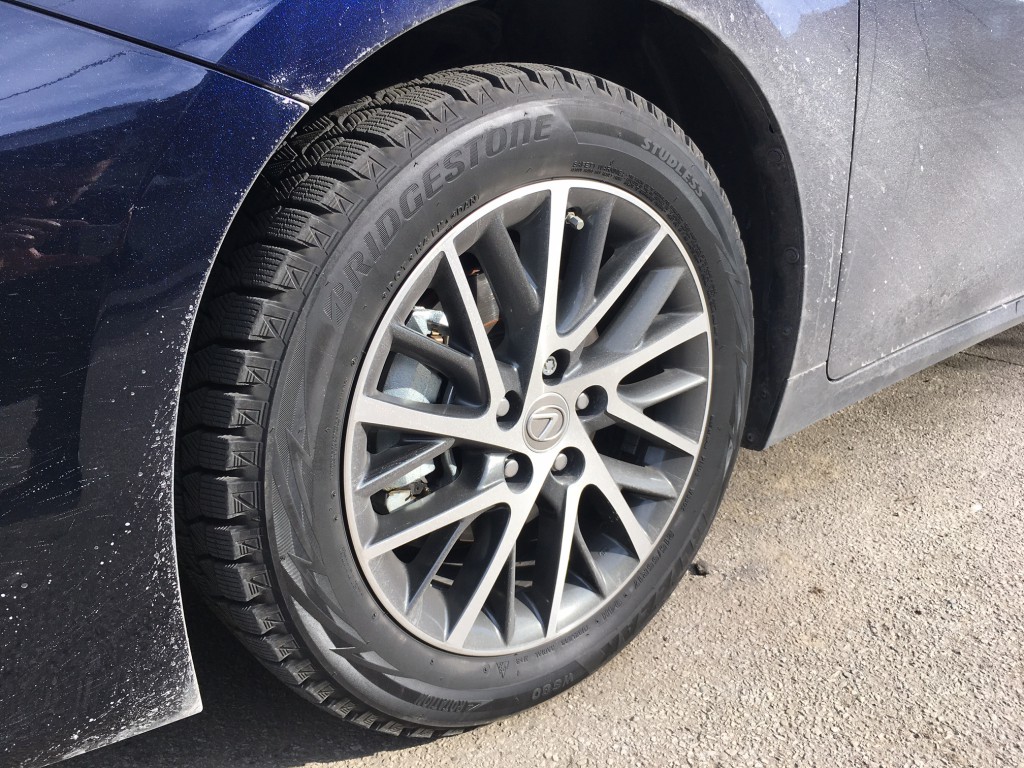 Comfort is all the rage here as we coasted over bumps and street car tracks with ease. Handling is in no way comparable to, say a BMW 3-series, but it doesn’t feel overly floaty either. Only the disconnected steering feel leaves a slight lack of confidence when cornering. If you don’t take a corner like you’re in Tokyo Drift, then the ES will get you through it without much drama.

My girlfriend and I agreed that, for the purpose of our trip, and despite the terrible nav system, the ES suited the task perfectly. While my driving style is more performance oriented, this relaxed, comfortable kind of commuting was exactly what was needed for our mini-vacation. And should you be a bit more environmentally inclined, the ES comes as a hybrid too. 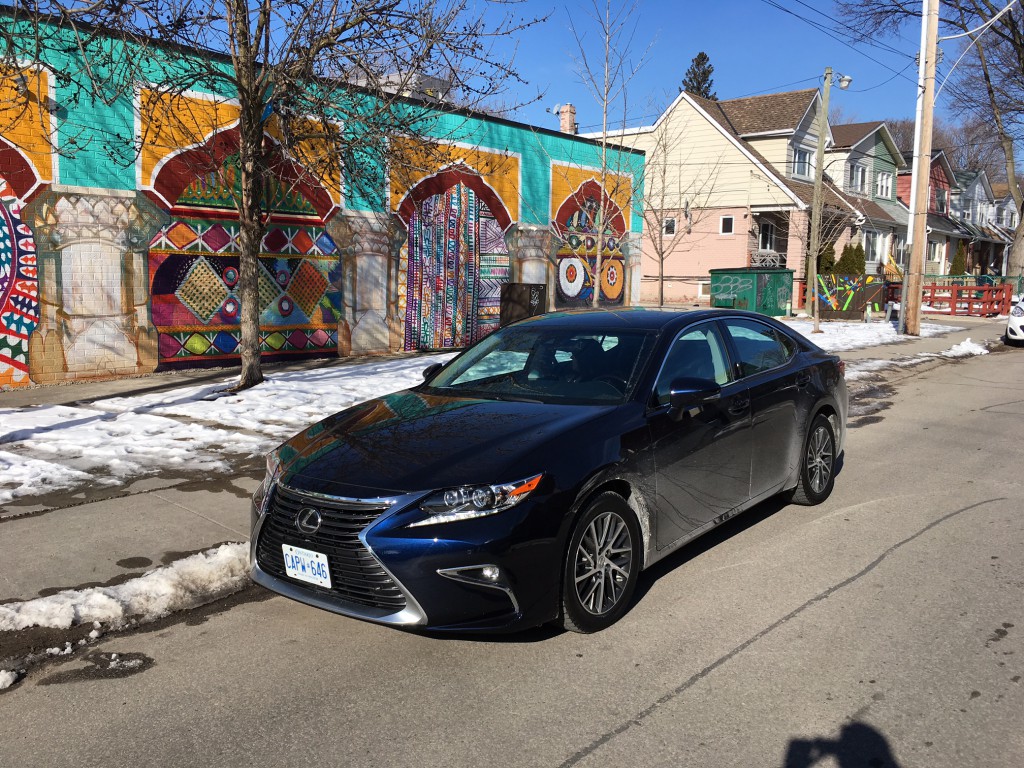