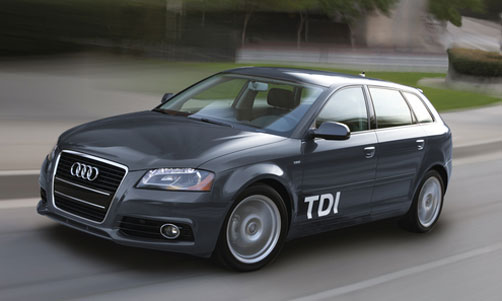 Probably one of the fiercest segments in the auto industry is the one all the Germans compete in. Not only is it because each German automaker has fair claim to being ‘the best’ but it’s also because the Germans are probably the ones that are most vocal about how their products are better than the others. Just look at the jabs from mostly any German car maker and you’ll see what I’m on about.

But the big German car companies – Audi, BMW, Mercedes-Benz, Porsche and Volkswagen (and German supplier Bosch) have put their rivalry aside for the moment to concentrate on something they all believe in: diesels.

They are forming a coalition to educate North American consumers on the benefits of diesels, no doubt due to the fact that all five offer diesel variants in North America. But the stigma of diesels is still something that North Americans still can’t seem to get over.

They have put together a website called Clearly Better Diesel which has illustrations, animations and information designed to explain in plain language how clean diesels work. The website also attempts to clarify/debunk a lot of myths associated with diesel cars.

With all five German automakers investing heavily to bring more diesels to North America, the timing is no doubt perfect. However other automakers may benefit from their efforts as Chevrolet, Jeep and Mazda have all either hinted or confirmed that they intend to bring some diesel tech to our shores.

What do you think about diesels? Care to see more of them available or are they still not your cup of tea?