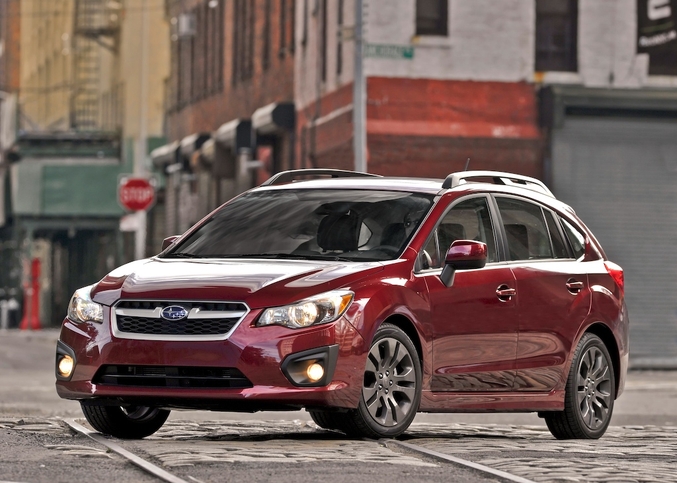 Consumer Reports has just released their annual automotive report card today with a few surprises. Mainly, Subaru has trounced Honda for the coveted top spot thanks to the newly redesigned Impreza, and strong ranking Legacy and Outback. Consumer Reports bases their ranking on the performance, comfort, utility and reliability of more than 275 vehicles.

Honda has long held the number one spot, but with the redesigned Civic generally receiving mass amounts of criticism for being worse than the outgoing model.

“Honda has been hurt by several redesigned models — including the Civic and Odyssey — that didn’t measure up to their predecessors,” said Consumer Reports. “Honda models, however, are still among the most reliable on the road overall.”

Toyota had a strong rating in the top three as the newly redesigned Camry received much praise for the strong reliability showing of the Corolla.

Mazda rounded up the top three thanks to the newly redesigned Mazda3 with its Skyactiv technology, but could have ranked higher if the RX-8 and Tribute weren’t dropped from the line up.

The other surprise was Ford slipping from 5th place to 10th thanks to “the subpar reliability of some new vehicles, due largely to the troublesome MyFord Touch infotainment system and Power-Shift automatic transmission,” said Consumer Reports. The Fiesta, Focus and Explorer all received below average reliability scores as well.

Meanwhile Chrysler was once again ranked last but the domestic automaker can take comfort in knowing that they were rated second most improved company behind Mazda.

GM was also ranked low due to below average reliability.

Congrats to Subaru! Stay tuned for Car Driven’s review of the Impreza next month and we’ll see if the newly crowned Imrpeza truely deserves these accolades.