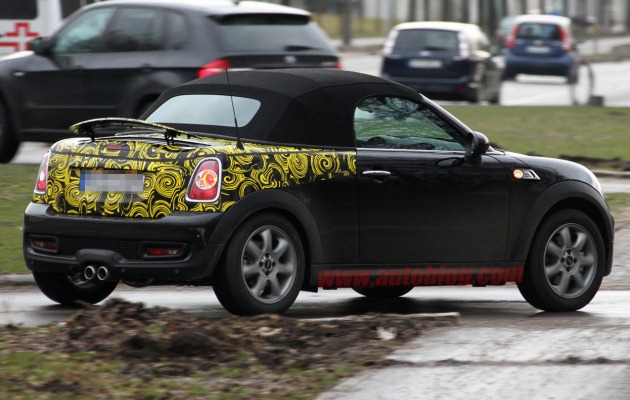 Autoblog has caught a very close to production Mini Roadster (rumoured to be called the Speedster) out and about.

It clearly has a low slung shape along with an added active spoiler. It’s not much of a looker with the top up, but it will likely look pretty good with it down. Expect power to come from the Cooper S’s 1.6 litre engine which produces 181 horsepower along with a JCW version with 208 horsepower.

A coupe version is also coming  that’s expected to have the same power and is actually supposed to be lighter than the already light Cooper. It should look way better than the convertible too.

The coupe is actually expected to be available in the fall ahead of the convertible.