A few weeks ago, Toyota promised to reveal an exciting new performance car under the Scion badge. Given what Toyota did with the FR-S, it had gear heads drooling at the thought of what it would be.

Well as it turns out, the Scion iM concept is just a Toyota Auris with big wheels. The Auris is a hatchback sold elsewhere in the world and is a fairly standard economy hatchback.

There are no details released on the iM concept however Toyota released these images before its debut in Los Angeles. The iM concept looks fairly identical to the Auris however there are massive multi-spoke rims, a body kit and, of course, Scion badging.

Those who love hot hatches (and who doesn’t love a hot hatch?) will likely be pleased with the look, but what really matters is what’s under that hood. Stay tuned for more details.

What do you think of the Scion iM Concept? 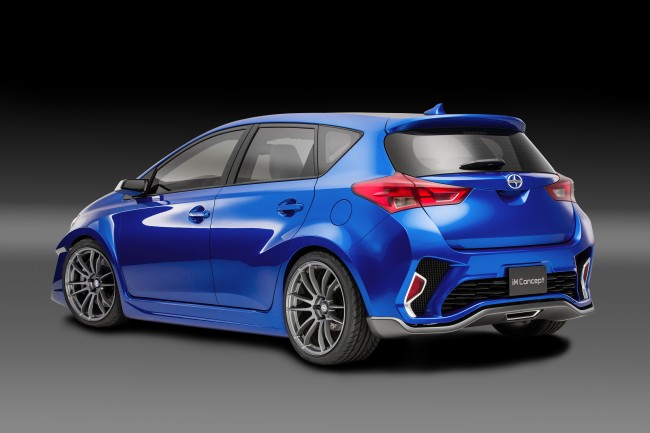