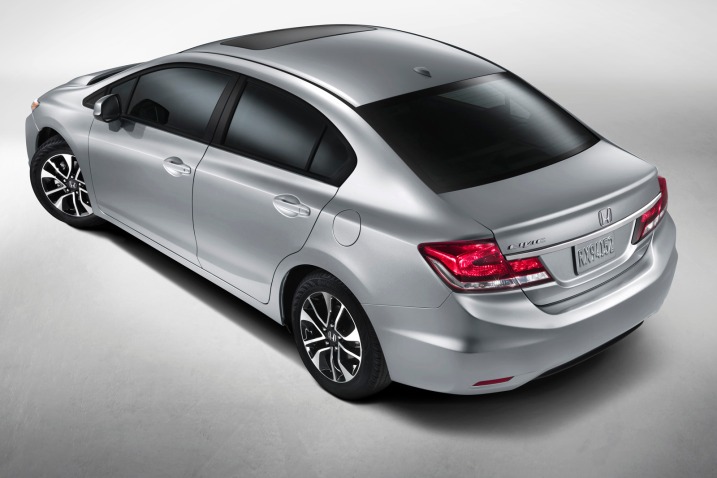 You may remember that Honda sent a letter to dealers warning them that the 2013 Civic would have “dramatic improvements to the exterior styling that moves Civic into a more premium sporty direction,” according to the the letter. The new Civic was was supposed to bow at the LA auto show on November 29th, but it appears some pics got leaked early.

The rear quarter view is probably the most dramatic change (hit the jump for a pic of the front end). We can see completely redesigned tail lights, new trunk-lid and new uniquely styled alloy wheels, depending on the trim level of course, however Honda assures that all wheels will be “sharp new wheel designs”.

Up front the Civic gets a “more youthful” look with a new “open mouth” front bumper and and black mesh grille.

Honda has yet to comment on or show the interior which has been widely panned for being too plain, unrefined and a step down in quality.

Also there had been rumours that Honda was going to upgrade the suspension and power units however that has yet to be confirmed.

More details on any further upgrades will be revealed on November 29th, and I just found out today that I will be getting the newly refreshed 2013 Honda Civic for review in January so stay tuned for my impressions! I’ll be sure to go try a 2012 Civic beforehand to see what improvements if any are notable. Personally, I must say, this is the first time in a long time that I’ve been excited to review a new Honda product.

I’ll be posting on any further leaked into before November 29th on the new Civic so check back often (which you should be doing anyway). And don’t forget to click past the jump for a front shot of the new Civic. 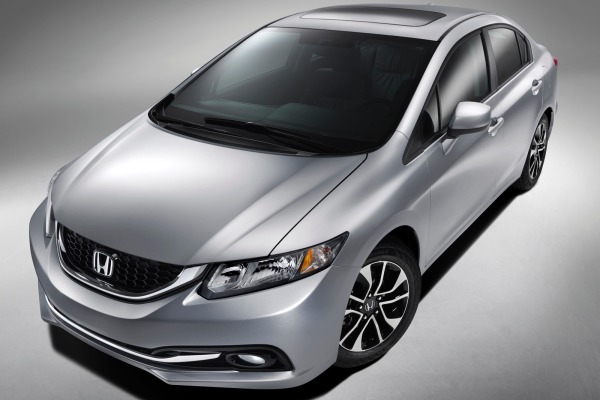