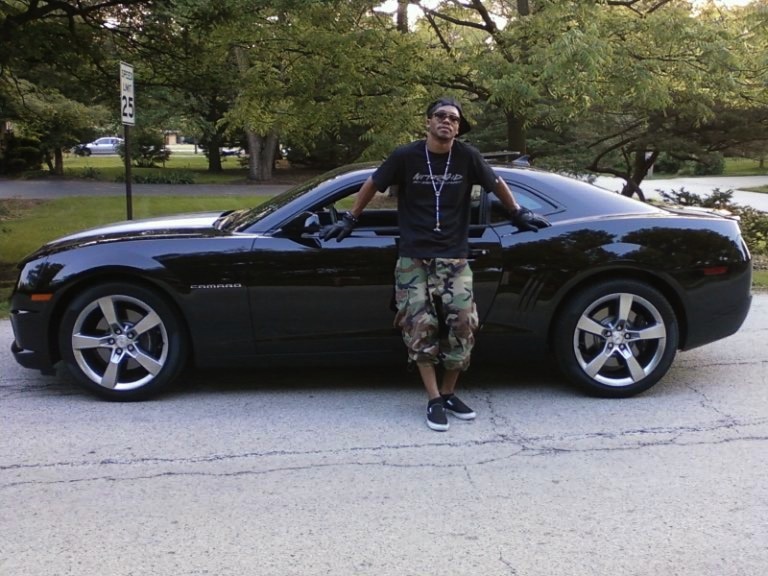 I really should be some sort of marketing guru because I predicted that the new Chevrolet Camaro will be the new Cadillac Escalade among rappers. And you know it’s true if Lupe Fiasco is doing it. Lupe tends to not care so much about materialism or fame, in fact he has gone on record as saying he never wants to be famous (even though he kinda is already). Thing is, he still has a love for all things traditionally popular, he just doesn’t let it all cloud his judgment.

The traditionally anti-traditional rapper posted this pic of him and a Camaroo SS on his blog and I must admit, I was a little taken aback by Lupe’s choice of ride, despite all the hoopla surrounding the Camaro in the hip hop world. I expected him to be in some sort of Japanese rocket like a Nissan GT-R. Lupe claims he’s “American mentally with Japanese tendencies” so I guess this is just his inner American coming out. I suppose there’s nothing wrong with that.

But what makes it even more forgivable than that is he is using the Camaro for a charity run called ‘Run to the sun’ where he and Caleb Garrett will drive from Chicago to Los Angles in order to raise money for homeless shelters.

Oh, and Lupe already named his Camaro. It’s called ‘Skull Leader Zero’. I kinda thought that was a stupid name at first, but for some reason it’s growing on me. I totally admire him for keeping the Camaro stock and resisting the temptation to put ridiculously massive rims on it like some people.