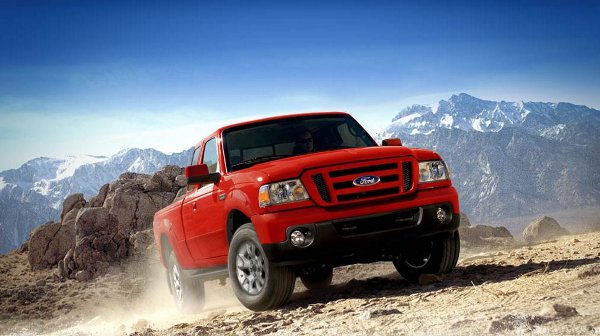 I’ve never been a pick-up truck guy. When I was about 5 years old I thought they were pretty cool, but back then I also thought tucking your sweater into your pants was cool too.  Now that I’m older and out in public without my sweater tucked into my pants, I can appreciate a good pick-up truck, but they still don’t do a whole lot for me. I’m really more of a performance enthusiast.

But there was always one truck that strangely intrigued me and that was the Ford Ranger. I guess I found it interesting because Ford pretty much has deemed the Ranger to be the black sheep of the family for a long time now. They neglected to do any upgrades or updates to the truck at all. As a result, the Ranger has gone essentially unchanged since 1993. And yet, Ford still sells 75,000 Rangers in North America every year. What?! How are people still buying an almost 20 year old design? That’s what intrigues me. There must be something special about that truck for it to continually sell so well.

And now comes word that Ford has finally decided to kill it off. The Ranger has one more year left, then the production cycle will end in 2011. There is no replacement planned either, at least not for North America. There will be a new Ranger debuting for the rest of the world quite soon, but we will be the only land mass that won’t be able to buy it. Why?

According to Ford, three reasons. 1) The new global Ranger will be too close in size to its big brother the F-150. It’s about 90% the size of the big full-sizer. Ford is afraid the new Ranger would canabalize F-150 sales. 2) The compact pick-up truck has been on a steady decline for years in our market, down to only 2% sales. Since North Americans are a bunch of fools, we still are of the mindset that bigger is better. The Ranger is really the only true compact pick-up truck that you can buy today. 3) According to Ford, most interested buyers don’t buy the Ranger because it’s a truck. They actually buy it because it’s one of the least expensive fuel efficient vehicles in the showroom. Since the arrival of the new Fiesta, that is no longer true.  Um, did they forget about the Focus?

Anyway, for those reasons, we will not be getting the Ranger replacement in our market and the current version will be killed off. I think I may try to get a test drive done on the current Ranger to see what all the fuss was about for the past 20 years.

Until then, R.I.P Ranger. Your demise is the unfortunate result of backwards North American thinking.