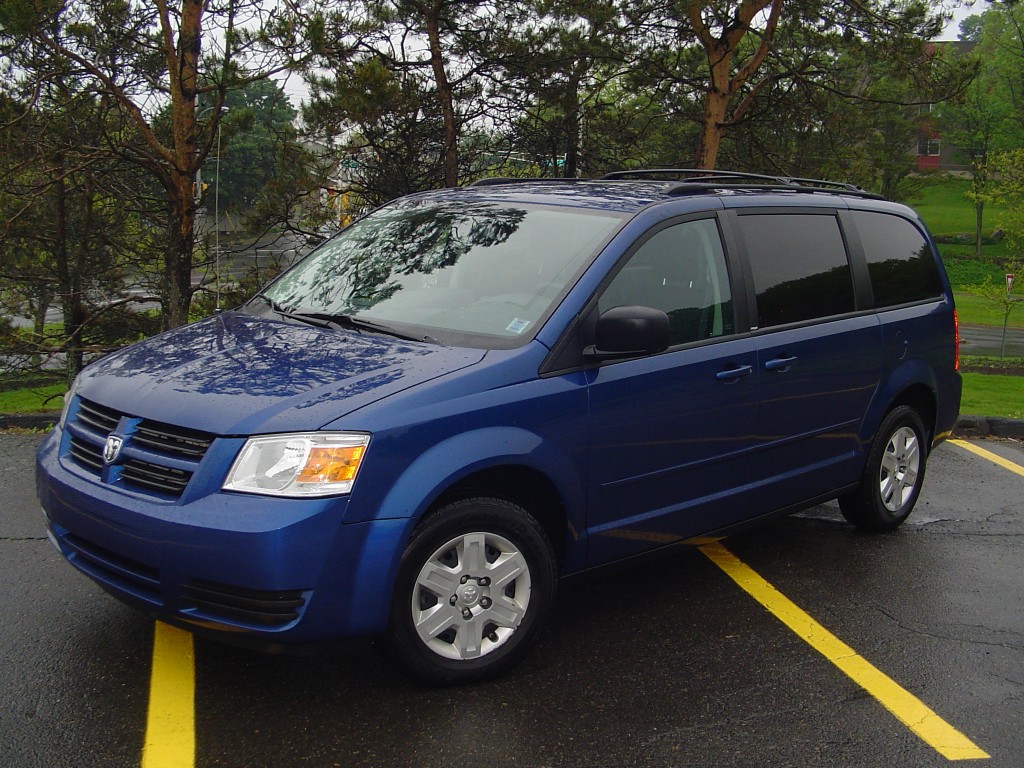 Alright everyone, it’s time to get over yourselves. Why? Because you know damned well that SUV in your driveway isn’t quite adequate enough to haul people or stuff, yet you try to get away with it because you say minivans aren’t cool.

But know what’s even less cool? Buying a car for image rather than practicality. If your SUV hasn’t spend an ounce of time off-road, then you are just as image driven as Heidi Montag.

Because of people like you, the minivan population is actually starting to decline. Ford’s once popular Windstar turned Freestar no longer exists, Nissan has halted production of the Quest due to slow sales and Hyundai has scrapped the Entourage after only two years on the market!

But there’s one minivan that has survived the tide, despite the wave of foolish resistance from the public. That’s right, the vehicle that started the whole minivan craze back in the 80’s is still the number one selling van in North America.

Does it deserve such an accolade? 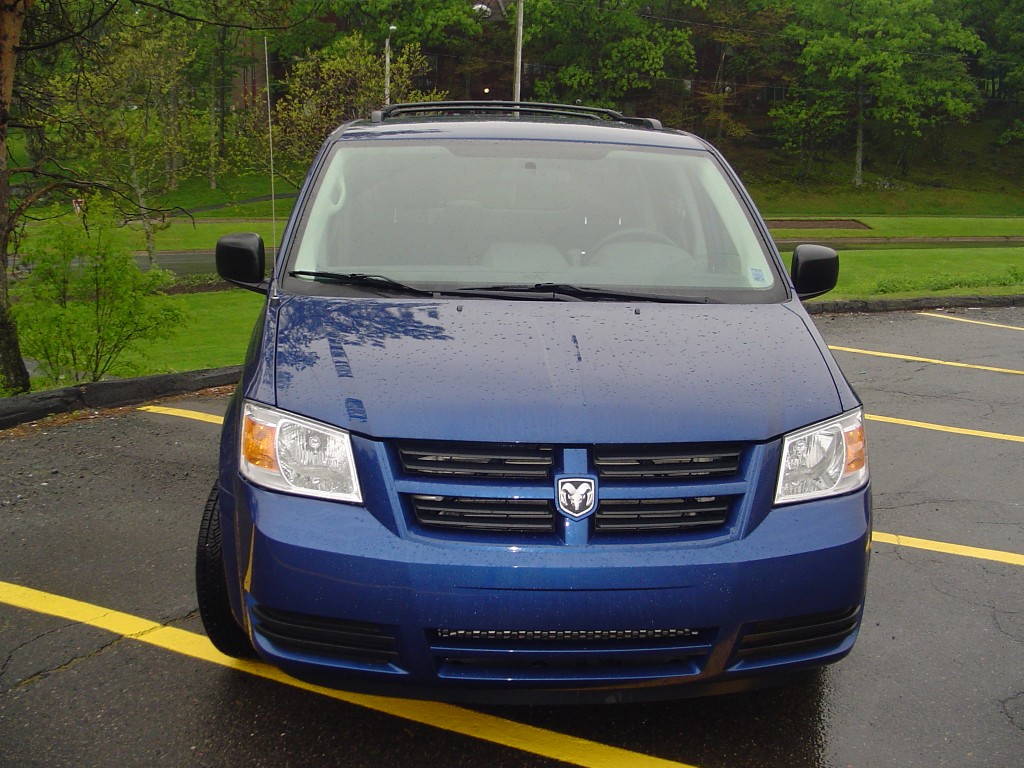 The Grand Caravan has been redesigned for the 2009 year and pretty much remains the same for the 2010 year in terms of options, trim levels and the like.  Don’t let the SE trim fool you, my tester was the base model. Which is just as well because this is the minivan that most people would consider buying anyway.

Off the top I’m going to point out what you’ve already noticed: the styling is pretty boring. In fact, from some angles it looks quite awkward. To be fair, there’s only so much that you can do with the design of a minivan, but even the previous generation Caravan had more character than the new one does. It was much more shapely. This Grand Caravan’s more boxy appearance makes it seem like it should’ve been the evolution from the Caravan circa 1995. The good news is, due to the more boxy shape, the new Grand Caravan can haul a lot more stuff than the previous generation can. With every single row of seats down, you can get 143 cubic feet of space.

On top of all that, Dodge has invented something very smart (a rare occurrence for them). The stow n go 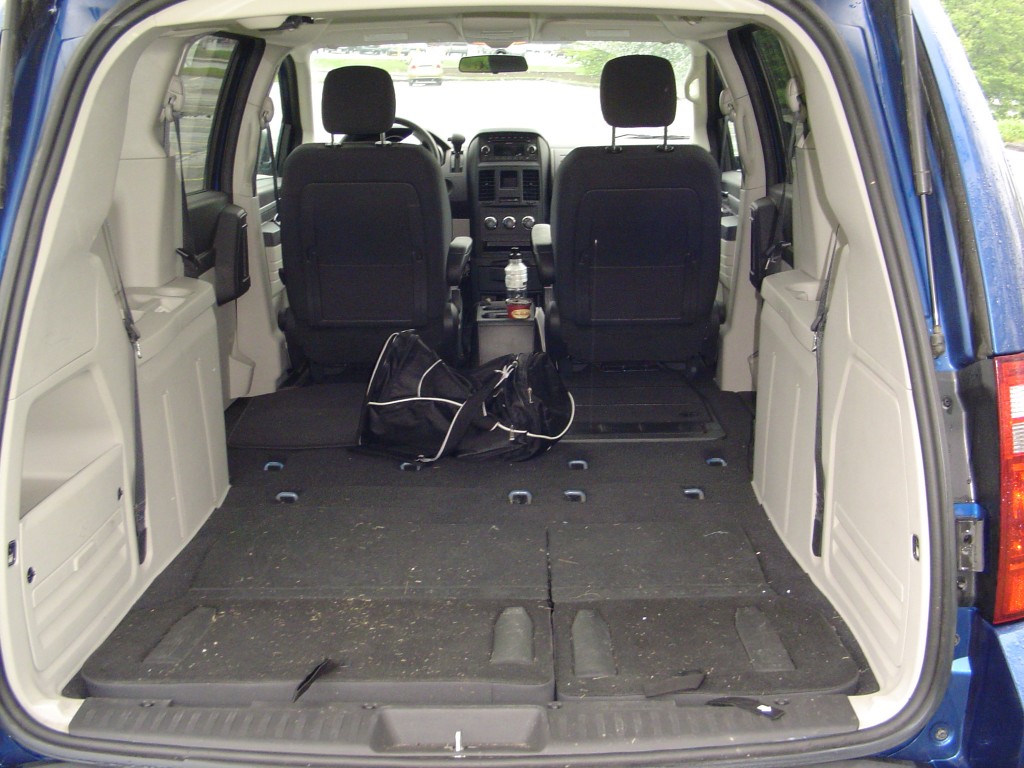 seating is brilliant. All you need to do is fold all the seats into the floor and voila, you have a large, flat, cargo surface. I was able to carry a massive tent, two tables, 10 cases of pop, 7 coolers, 4 boxes of buns, two boxes of meat a large display sign, a banner sign and two boxes of miscellaneous stuff with even a bit of room to spare! Before you start thinking I’m a psycho, all that stuff was obviously not for my personal use, I was helping out at a public event.

Stowing the seats into the floor is easier than making fun of Spencer Pratt. With most other vans, the seats don’t fold flat or they need to be taken out completely. Then you have to find somewhere to put them if you don’t have a garage and they are also very heavy. Credit where credit is due Dodge, good job on this. 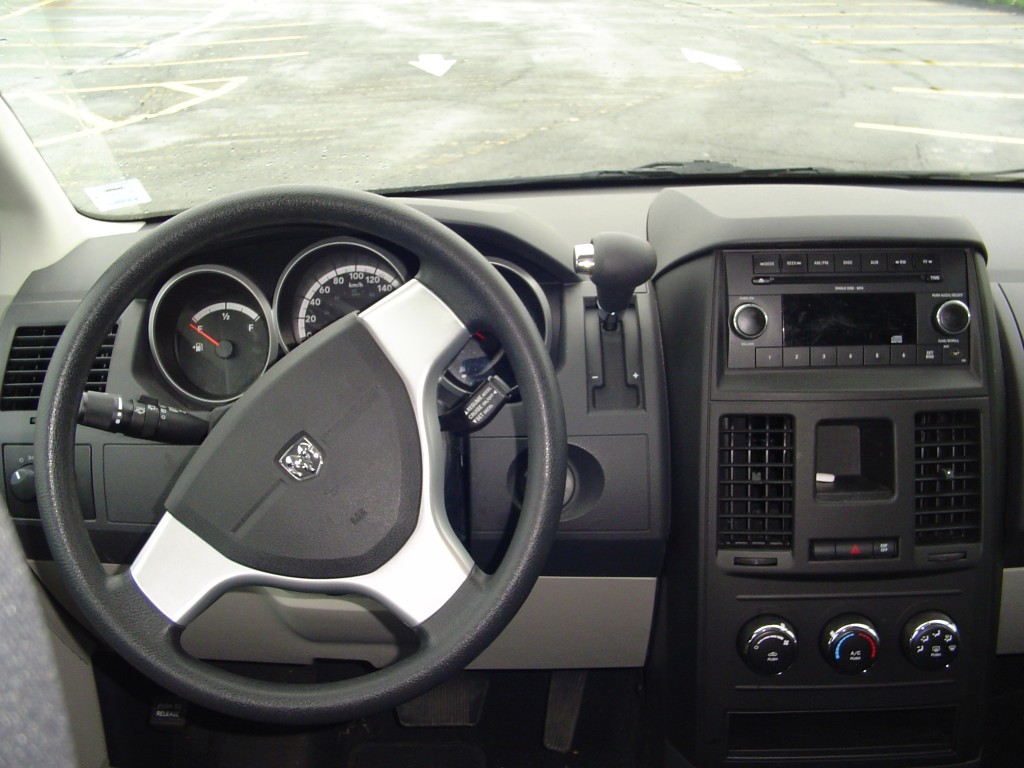 Unfortunately Dodge didn’t do such a good job with the interior. Materials are cheap to the touch and the centre stack is huge and awkwardly placed. The driver has quite a ways to reach just to reach the volume knob. Other buttons that are closer to the passenger side require you to move out of your driving position and stretch to reach them. Then you need to settle in and make yourself comfortable again. This is a particularly dangerous thing to do if you are in motion. The quality of the sound system is pretty average.

The column shifter is placed right next to the wheel, but it isn’t the traditional column shifter, it is the same shifter that manufacturers use when they place it between the seats. It takes some time getting used to, but eventually you do.  One very unusual thing is that you can actually switch the gears yourself…really? In a minivan that has a four speed automatic and a 175 horsepower engine, you’re going to give it a manual option as if it were a performance sedan? On top of that, the shift method is ridiculous. To up shift you need to push the lever to the right, and to down shift, push to the left – not up and down like traditional manumatics. You don’t get used to it either.

Likewise, you don’t get use to the jolty shifts of the automatic transmission. I’m not sure why any 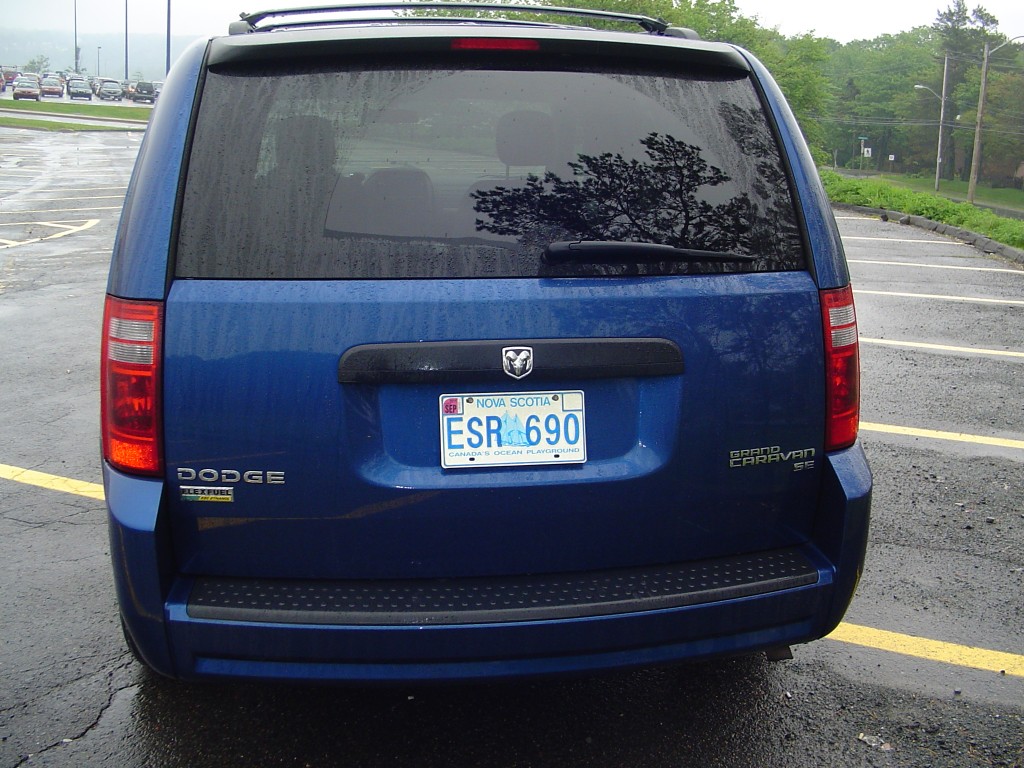 manufacturer still uses four speeds, but this van needs an extra gear to settle it the hell down. It can never decide which gear is the appropriate gear to be no matter what speed you’re going. This is one of the numerous reasons why I am an avid manual transmission fan. When in cruise control mode, it’s almost is if you have to wake the engine up if you wish to accelerate using the control on the steering wheel. There is quite a bit of nothing happening before the engine realizes about three hours later that you wish to speed up.

As mentioned, the base engine produces 175 horses from a 3.3 litre V6. You’d think they’d be able to tweak much more power out of it considering the size of the engine, but alas no. As a result, the Grand Caravan does 0 to 100 in about a week. There are much more powerful engines to choose from in higher trim levels and it would be well worth your while to get the more powerful engine, especially considering there’s only a one mile per gallon difference in fuel consumption. 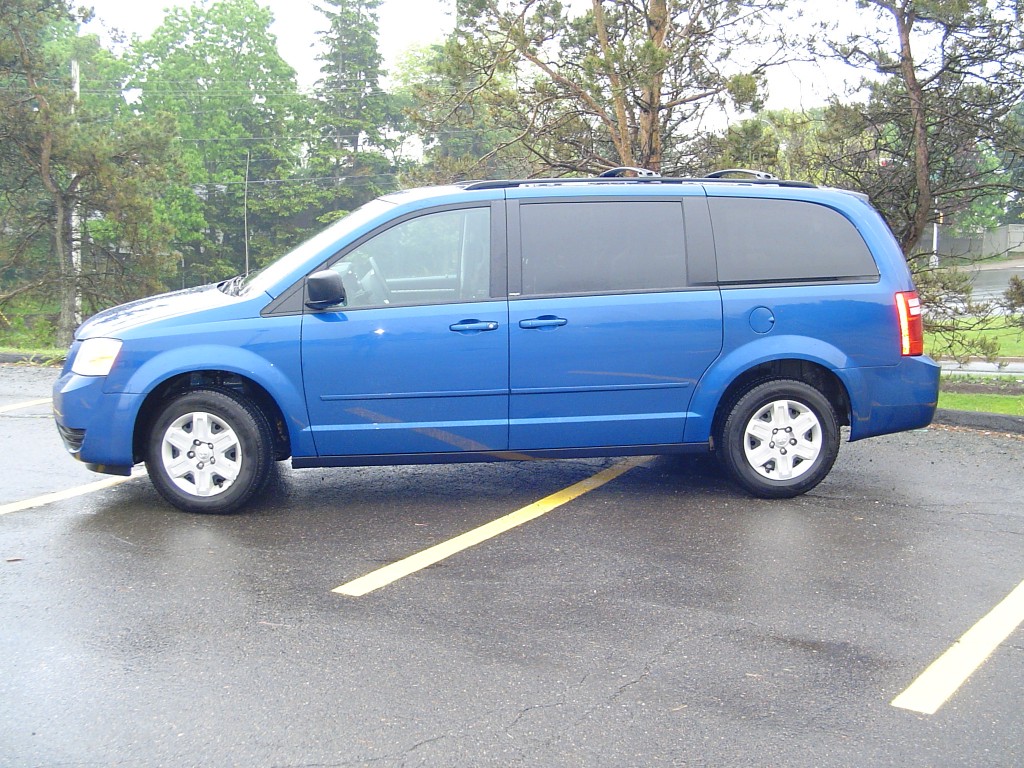 Despite quality issues and lack of refinement, I now see why this minivan is so popular. It does everything 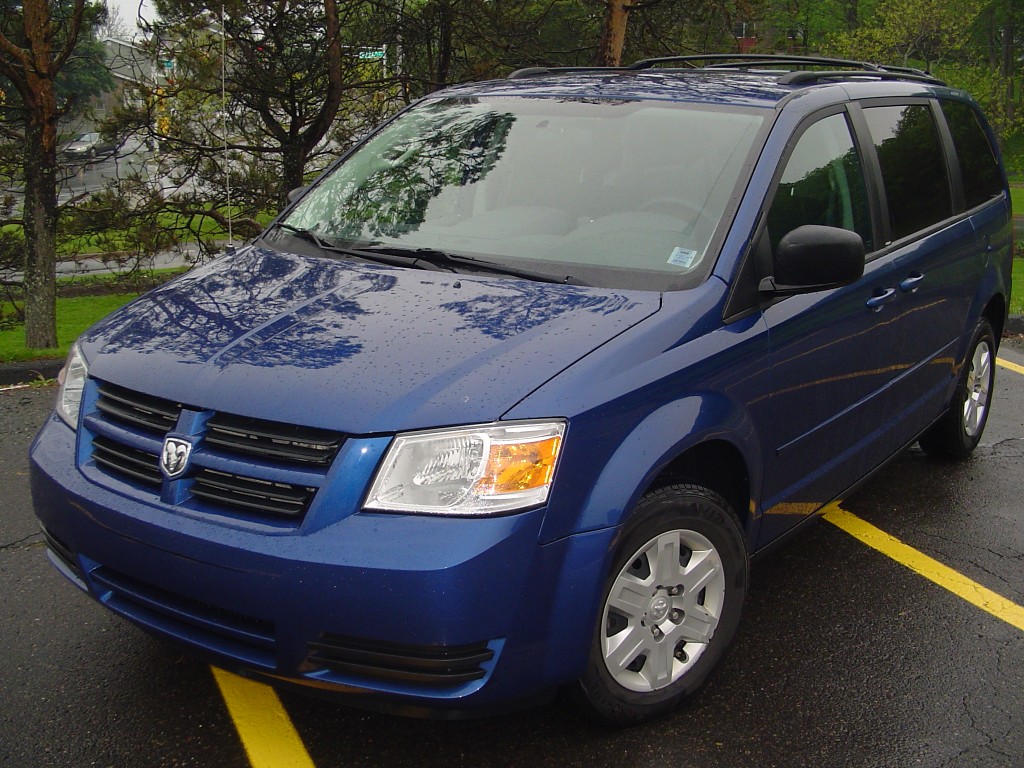 a minivan can do and then some. And it can do it for a decent price. Starting at just over $20 grand combined with typical Dodge giving everything away discounts, the Grand Caravan would be a hard minivan to pass up on.

That being said, and despite my earlier rant on people not buying them, I recently told my friend Dan that if I were to ever – at any point in my life – purchase a minivan, he has my full permission to punch me in the face. I care way too much about performance to ever own one and maintain that I will always own a performance car no matter what.

The thing is, though, I’m in the minority. 90% of the car buying population don’t care one heap about performance and therefore a minivan should be high on their list if they need to haul lots of people are stuff.

Scratch that, the Dodge Grand Caravan specifically needs to be high on there list if they need to haul people are stuff. Not SUVs.