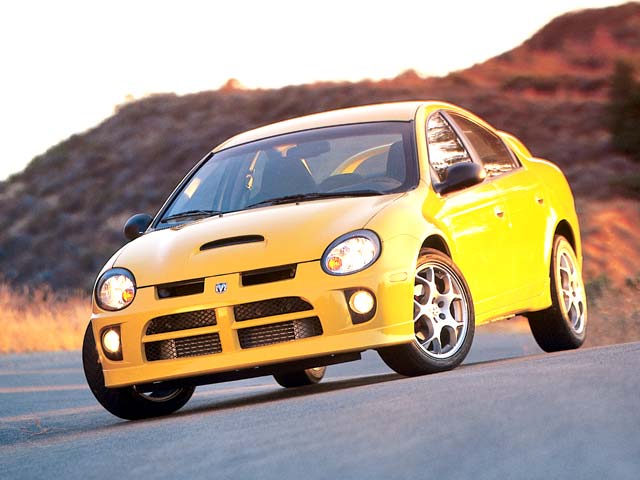 Seriously, what an idiot.

Police in the Niagra Falls area nabbed a guy in a Dodge Neon SRT-4 for going 233 km/h in a 90 km/h zone. The police report also stated that he was driving that speed on bald tires no less. However, considering the guy spent $25,000 in upgrades, those tires were likely racing compound tires.

The accused motorist recently went into court trying to avoid the $3,651 fine by claiming his car was a regular Dodge Neon (aka a piece of crap) that is incapable of reaching such speeds even if he tried. However that defense didn’t go over so well when the court was presented with an ad that said motorist created selling his SRT-4. The ad detailed the $25,000 he had put into it to make it 420 horsepower capable along with a “Stage 3” turbocharged engine, upgraded suspension and brakes.

So basically there are about 3 fails to mention here:

2) FAIL for coming up with a somewhat clever defense but then ruining it by advertising just how fast your car really is online.

3) For dumping $25,000 into a terrible car that isn’t worth anything and never will be? BIGGEST FAIL OF ALL. In case you were curious, dude is selling his piece of crap for $9,900. Yep, great investment there, douchebag.

1 Response to "FAIL: Don't Brag About Your Car's Speed Online While Trying to Get Out of a Speeding Ticket"