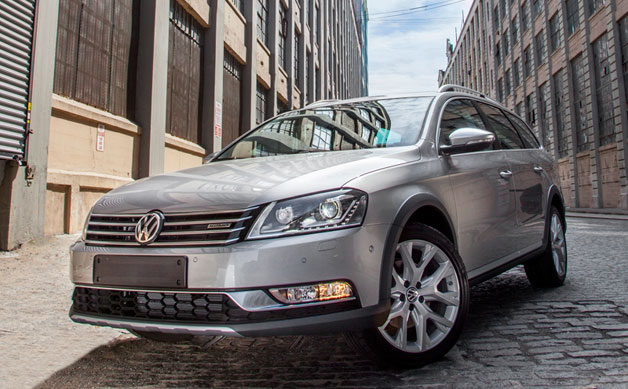 When I had the sad duty to announce that the redesigned Volkswagen Passat wagon was not coming to Canada, most of you rightfully sounded off in the comments about how disappointing the news was. A lot of you mentioned that Volkswagen was losing its way and that the Jetta wagon was considered to be a downgrade. Well, there may be a glimmer of good news!

Volkswagen has a new concept called the Alltrack. It is essentially a jacked up version of the Passat wagon with all-wheel drive (think Audi Allroad) and they have just announced that the concept will be coming to the New York Auto Show. Two things to mention here:

1) Even though this is technically still a concept, it is very clearly production ready. VW may tweak the design a bit but for the most part it could go on sale tomorrow. Not to mention that the exact same vehicle was debuted at the Tokyo Auto Show as a production model.

2) Most automakers don’t show off models in markets where they’re not sold (with the exception of supercars for that ‘wow’ factor). The fact that they are bringing this production ready concept to New York suggests Volkswagen has decided to, or is seriously considering, putting it into production and selling it in North America.

So the fact that they’re calling this one a concept likely means that they’re going to try to gauge public perception. That means all you Passat wagon fans, and truthfully, wagon fans in general since that body style is dying in North America, need to get out in droves to support the Passat Alltrack. It may not be as appealing as the regular wagon, but beggers can’t be choosers right?

What do you think of the Passat Alltrack?