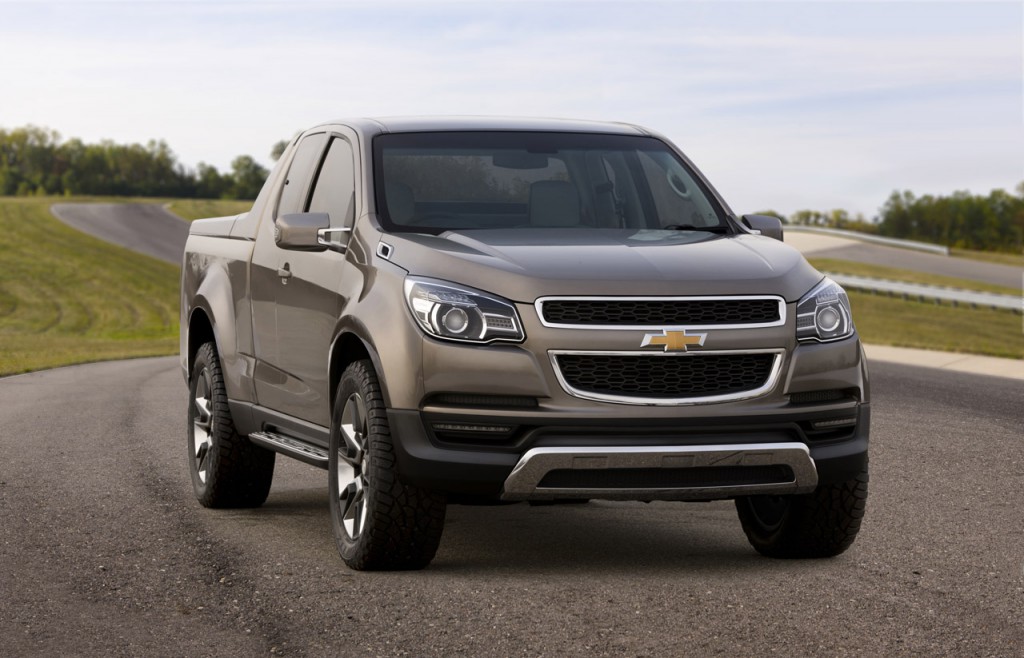 Ford has recently confimed that the current generation Ranger would be the last it would produce for North America. Apparently we no longer have a market for compact pick up trucks like, say, the rest of the world does because apparently we think we need the biggest truck possible to get groceries and tow a boat 2 days of the year. Yeah, don’t get me started.

Anyway, GM has had the Colorado compact pick-up on the market for a while now which, to be honest, is a bit underwhelming in terms of, well, everything. But that doens’t mean that GM isn’t prepared to invest in a next generation version which they just introduced today in concept form.

All we know for now is that the concept dons a 2.8 litre turbo diesel under the hood which should be good for both towing an efficiency.

Now, this concept is actually developed specifically for the market in Thailand. There’s no word yet if this verison will be the one that us Canadians get or even if we will see a Colorado. That said, this would leave the compact pick-up truck segment completely open to GM so they would have a clear advantage in bringing the next generation Colorado here.

Even if this isn’t the verison we will get, GM is rumoured to keep the Colorado alive in some form or another for North America, so don’t worry pick-up truck fans.