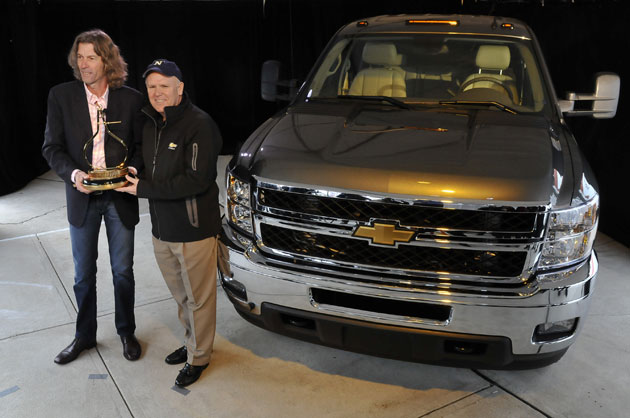 After declaring the Chevy Volt as their Car of the year, and ruffling some feathers in the process, this winner isn’t quite as controversial. After all, if there’s one thing that American car companies do well, it’s pick up trucks. The imports just can’t compete in this segment.

Most of the big three’s heavy duty pick ups have been significantly re-worked for 2011, but with the Silverado HD, you wouldn’t know it by looking at it. GM decided to put more time and money into improving the engine among other things. The Duramax turbodiesel, reworked suspension, a better shifting six speed transmission and a fully boxed frame made the Silverado HD a clear winner over the Ford F-series Super Duty, Ram super duty and even the Silverado’s cousin, the Sierra HD.

Congrats to Chevrolet and GM for sweeping Motor Trend’s Car and Truck awards this year!

2 Responses to "Motor Trend's Truck of the Year Is…"