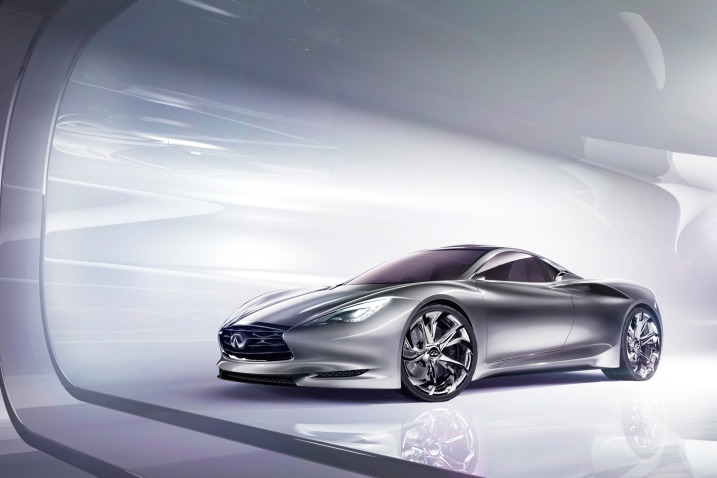 When Infiniti discontinued the Q45, it left the company without a much needed flagship model (and no, the QX56 doesn’t count for obvious reasons). It was rumoured that Nissan might develop a more luxury oriented version of the GT-R wearing the Infiniti badge, but now it seems a new flagship could come in the form of the Emerg-R concept revealed in Genava today.

The Emerg-E concept is actually a mid-engine sports car with a range extender that was co-developed with Lotus. It actually shares a good amount of componants with the Lotus Evora 414E concept that debuted in 2010.

The engine gets help from two electric motors that helps it acheive 402 horsepower and is rear wheel drive. Perhaps the most facinating part of the Emerg-E is its single speed open differential transmission, like an all-electric vehicle. If that horsepower seems a bit low compared to the product coming out of Germany, then you may wish to consider that the Emerg-E also produces a most impressive 738 pound feet of torque. The result, Infiniti claims, is a 0-100 run in just 4 seconds and a top speed of a rather slow-ish 209 km/h.

The concept can run on electric motors only helping it to produce a low 55g/km of CO2.

What do you think of Inifiniti’s new concept? Do you think it will make it to production and be the flagship that Infiniti is lacking?