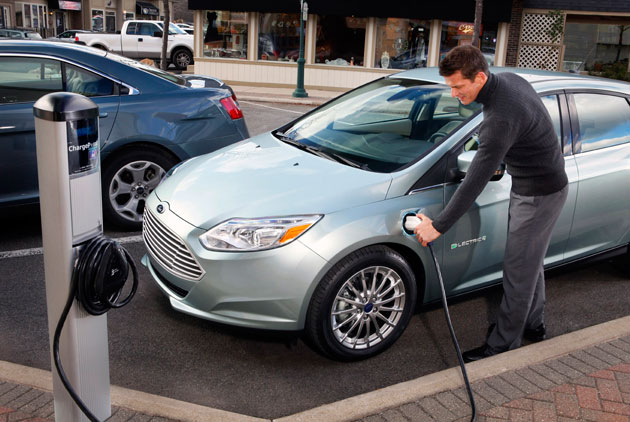 Ford’s all-electric Focus is very close to production and has recently been rated at 110 MPGe, which bests the Nissan LEAF – perhaps the most popular mainstream electric vehicle right now. The LEAF is rated at 106 MPGe.

Still, both vehicles are beat by Mitsubishi’s electric car offering, the i-Miev which gets a rating of 126 MPGe.

Wait, what’s that ‘e’  doing at the end of the MPG rating, you ask? Well since electricity cannot be measured in gallons, a conversion factor was used to measure the amount of electricity used into a miles per gallon equivalent. And since we use L/ 100 kms in Canada, that roughly translates into 2.1 L/100kms of electricity that the electric Focus uses. Clear as mud?

The electric Focus is also rated at 99 MPGe on the highway which is better than the LEAF’s 92 MPGe highway.

So the questions remains: which would you take, the all-electric Ford Focus or the Nissan LEAF? Or would you consider buying an electric car at all? Sound off in the comments.