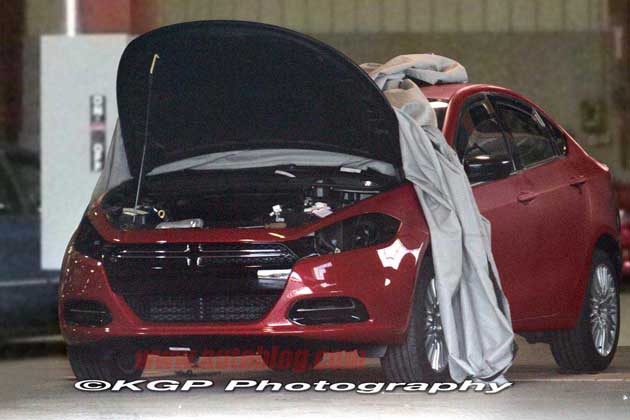 Canadians are going to get their first taste in decades of what Alfa Romeo has been up to lately, even if it will be wearing a Dodge emblem. The replacement for the Caliber will be largely based on the Alfa Romeo Giulietta, so much so that it seemed the only real changes would be swapping the Alfa badges for Dodge badges. A recent spy pic somewhat confirms this.

What you see above is actually a four door version of the Giulietta. The Giulietta has traditionally been a hatchback and since the Caliber is a hatchback it was originally thought to come to our shores in that form. The pic either suggests otherwise or suggests that there will be at least two different body styles for the Caliber successor. The signature Dodge crosshair grille in the picture actually doesn’t fit the Italian face too badly.

This Caliber replacement (rumoured to be named the Hornet) is currently set to officially bow at the 2012 Detroit Auto show. No engine specs have been released yet but the 1.7 litre four cylinder which makes 232 horsepower that comes in the current top trim level of the Giulietta would make an excellent version of an SRT-4, no?