Every now and then a good friend, and fellow car nut, and I reminisce about what the automotive industry looked like 10 years ago. We are always flabbergasted not only at how much as changed, but how quickly the change came upon the industry.

Specifically, the domestic car brands seemed to have pulled themselves out of a rather large slump; one that threatened their very existence.

Two of the three American auto makers needed to be bailed out by both American and Canadian governments. Chrysler was a part of that deal.

Then Fiat came into the fray. They purchased the troubled automaker as they saw an opportunity to sell their product on North American soil again, plus Chrysler isn’t exactly a forgotten name abroad.

The end result? Well aside from reliability issues within the Italian side of the Fiat-Chrysler marriage, things seemed to have definitely picked up for the brand once known for its pentastar symbol.

As such, Chrysler product is way ahead of where it used to be. The 200 is no longer the laughing stock of the mid-size segment, the Jeep brand is being aided with some clever Italian underpinnings all while remaining decidedly Jeep, and Dodge is reaping the same benefits. 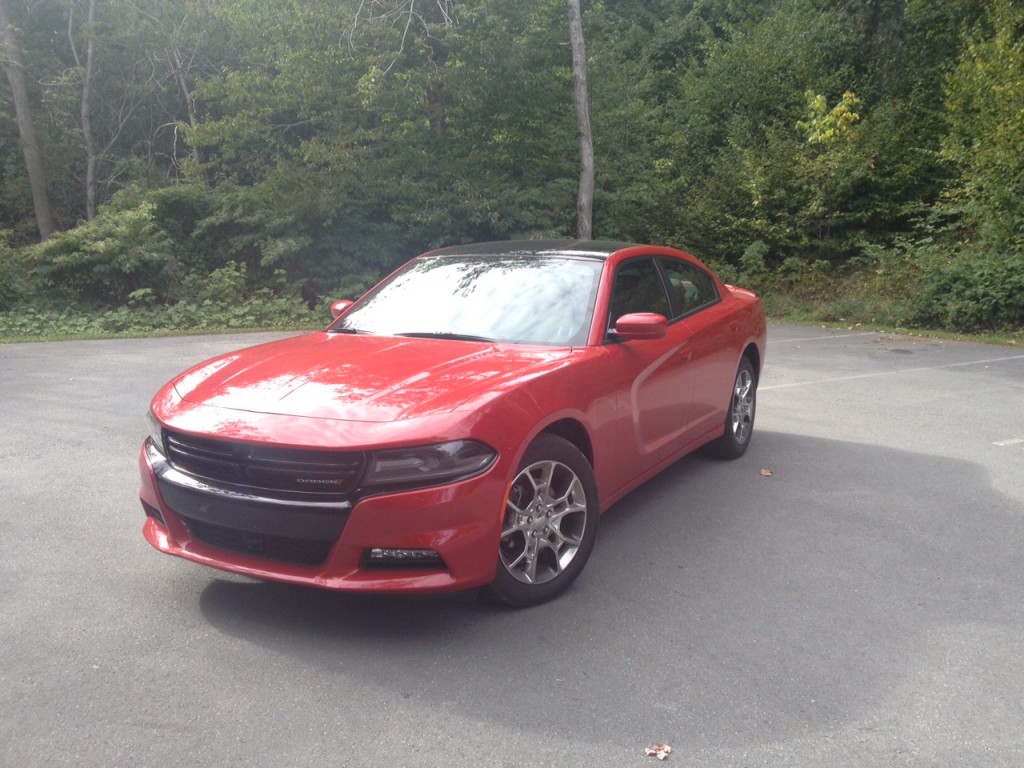 “You know, I wouldn’t even be opposed to buying an American car these days,” said my aforementioned friend who used to be a staunch opposer of any American vehicles. In fact, he found himself at a Dodge dealership not too long ago to check out the new Charger.

He reported back to me that, after driving it, he wanted to buy one. And almost did.

While I acknowledge that Chrysler has made significant strides, I was still skeptical. And right on cue, Dodge Canada delivered a press vehicle in the form of a V6 Charger right to my driveway the very next week. Is it really that good? 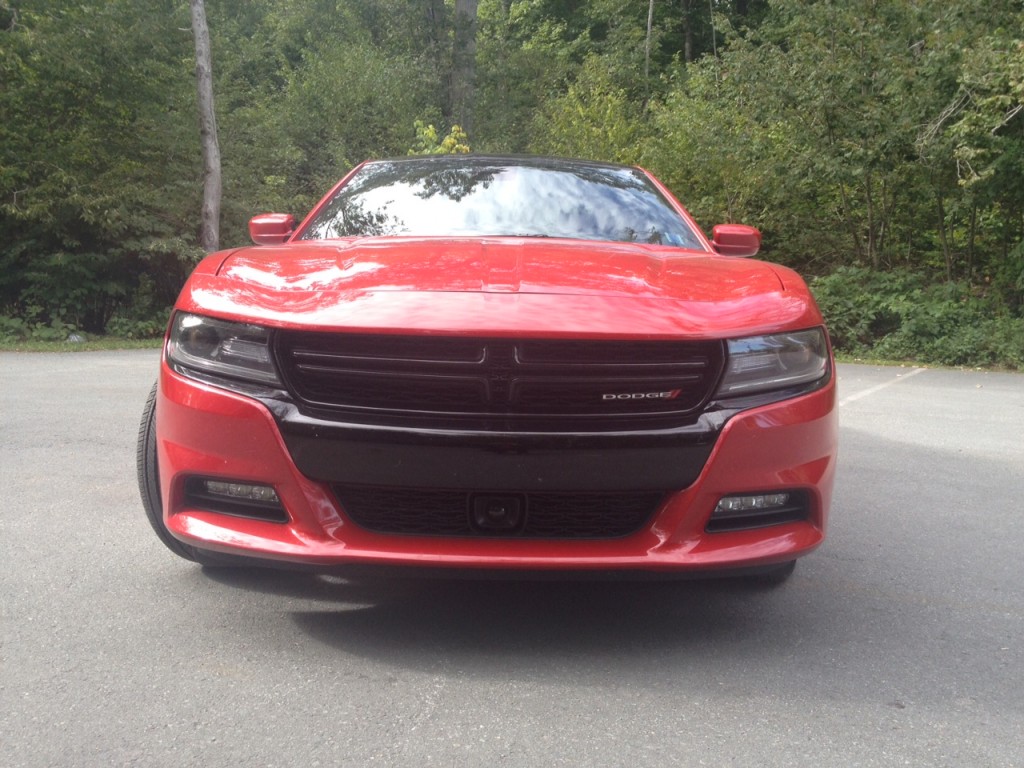 First things first, the Charger’s exterior styling is probably the best of all the modern day Chargers. The first two generations looked awkward and even down right ugly to my eye but this new design is quite pleasing, even quite sharp. My tester was optioned with the Rallye package which adds, among other things, an R/T front end appearance with black gloss, a rear lip spoiler and 19-inch wheels which to my eye might be some of the ugliest OEM rims available today. On top of that, my tester was fitted with the optional black painted roof that cost, get this, $1,400! Honestly, that is an insanely overpriced option. But despite that, the Charger still exudes a classy, yet aggressive big traditional American car. 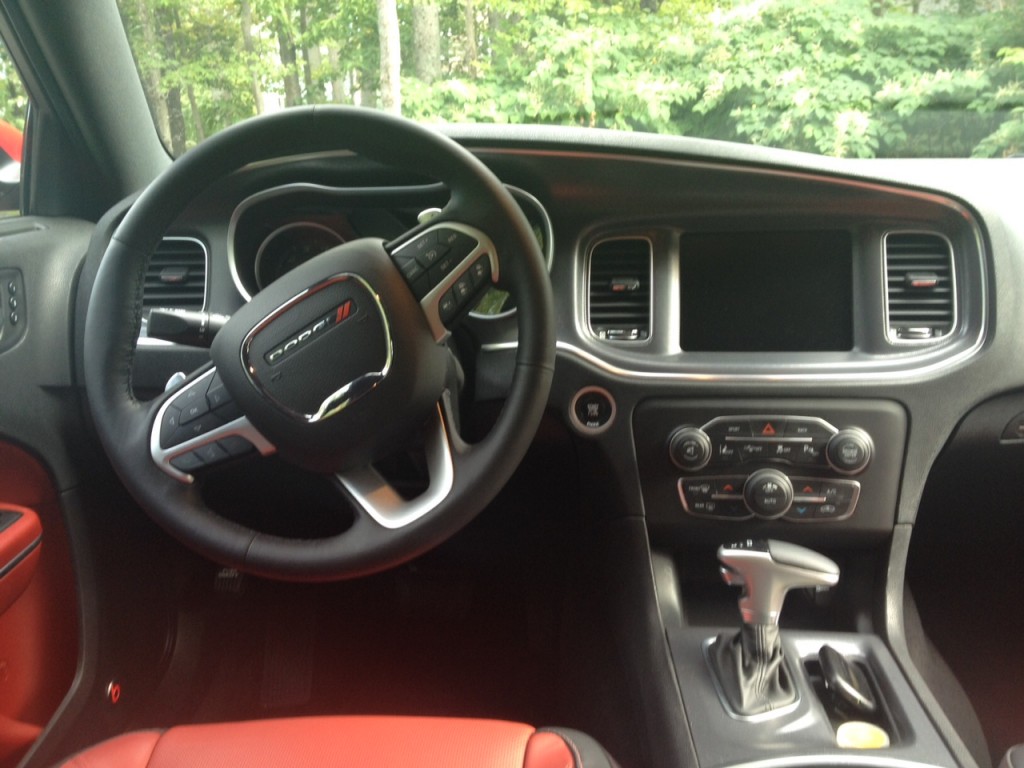 Usually American interiors were lauded for, well, nothing nice, but if you can look past my tester’s optional red and black leather seating it actually is a very nice place to be. The large chunky redesigned steering wheel lets you know this car means business but the flimsy turn signal stock felt like it was going to break off every time I used it. However the flowing and shapely centre stock (meant to mimic the design of the rear racetrack tail lights) is quite pleasing to the eye. 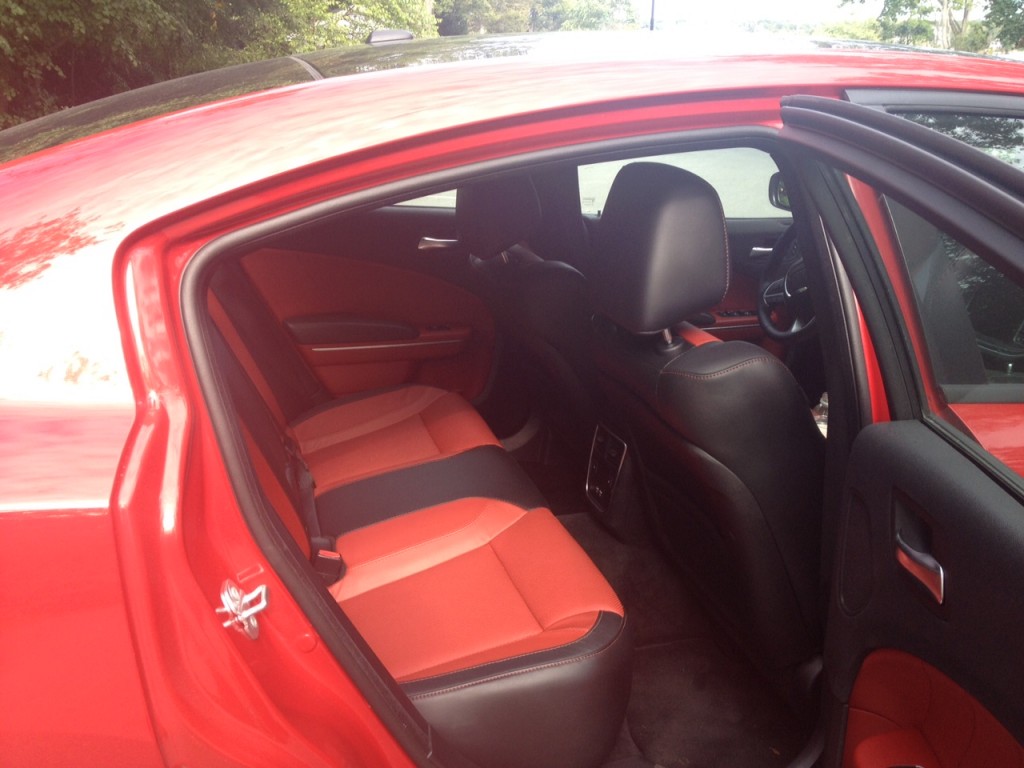 The leather seats themselves have a high quality feel but they are some of the most uncomfortable seats I’ve experienced in a long time. Sure, they are decently supportive when you drive a bit more spirited, but I was never really able to get used to the unnecessary firmness and it took a few days to get the seating position just right. 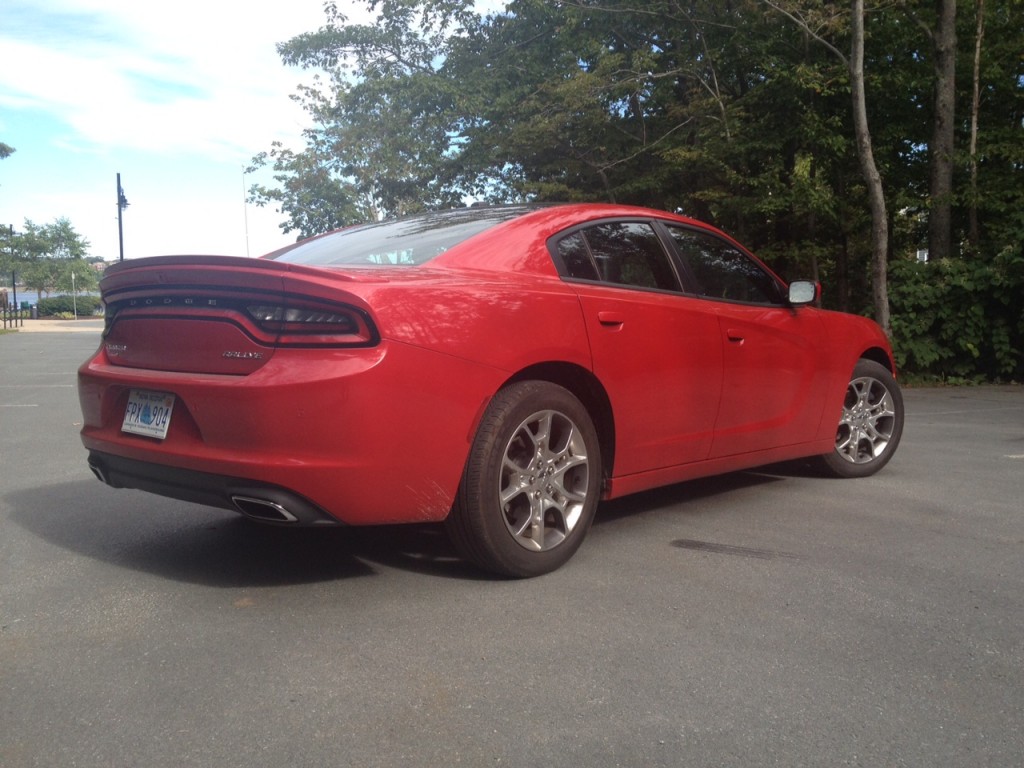 Another thing that was a bit of a disappointment was interior room. Aside from the fact that it feels like you are sitting in a cage (my tester did not have a sunroof to let a bit more light in), for a large sedan, it seems to have mid-size sedan proportions inside. Leg-room in the rear isn’t close to adequate for a vehicle of this size and it is all but non-existent for the poor dolt relegated to the centre rear seat as there is a rather large and intrusive hump. However, the Charger does have a wide stance which translates well into the interior making for good shoulder room. Trunk space is good, but it is easily outdone by its competitors. 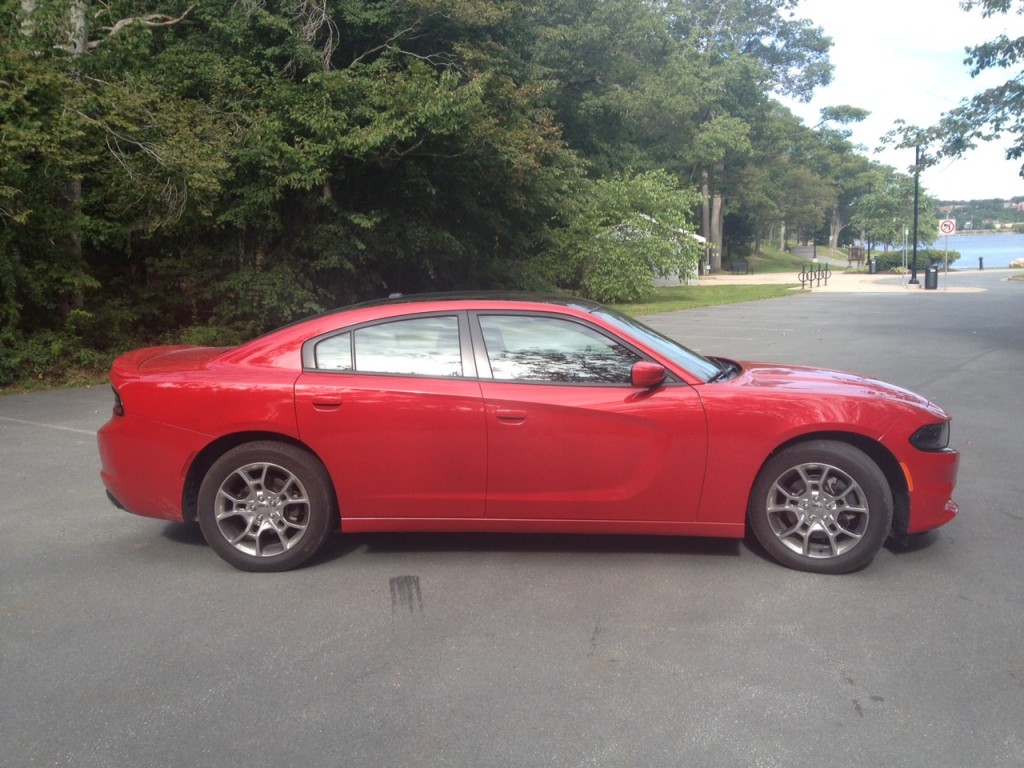 Luckily the infotainment system is among the best in the business right now. Called U-connect, the navigational icons which find themselves on the 8-inch screen are large, clear and easy to see at a glance. The system responds quickly to commands and isn’t complicated enough for you to need some time to get used to it. Some have complained that you need to use the system in order to access the heated/ventilated seats, as opposed to tangible buttons, but given its quick response time, I didn’t feel as if it was that big of a deal. 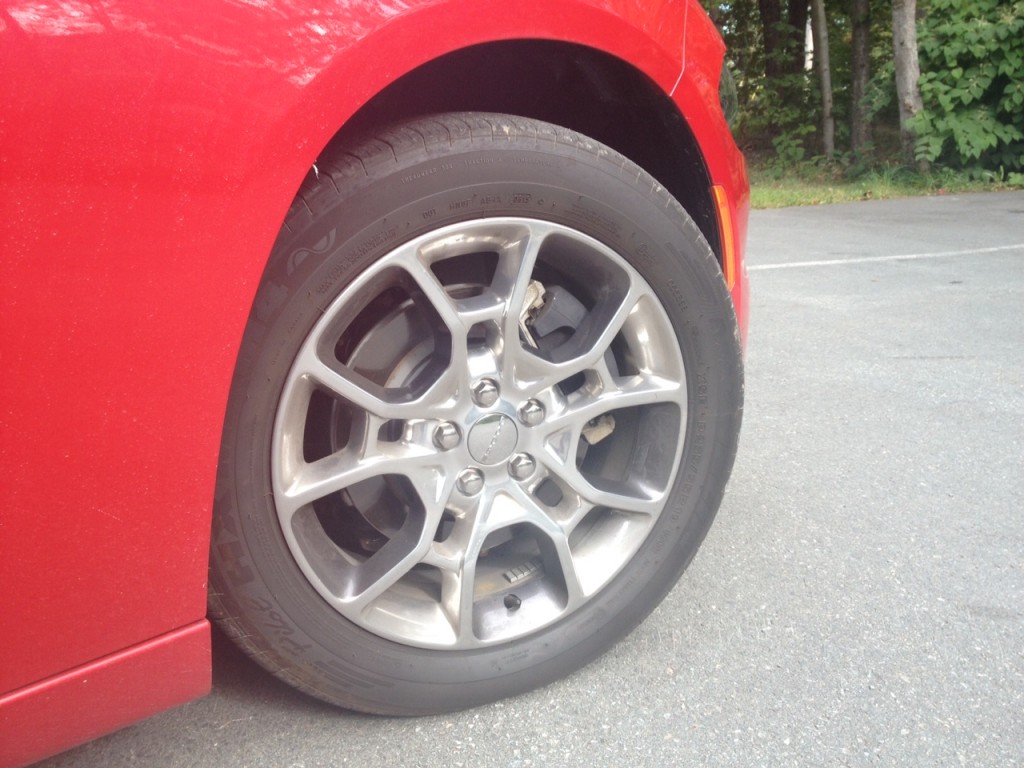 This Charger tester also came with optional Beats by Dr. Dre sound system, which includes a subwoofer in the trunk. I didn’t immediately notice a higher sound quality over more traditional systems, however sound quality was still good. One thing I did notice was when you are listening to music inside at what feels like a normal volume level, the subwoofer does its thing in the trunk making the bass super audible from the outside, as if Dr. Dre himself was driving the Charger around California. I didn’t realize that, and was a bit embarrassed to realize I had been driving around town like a character from the Fast n Furious franchise. 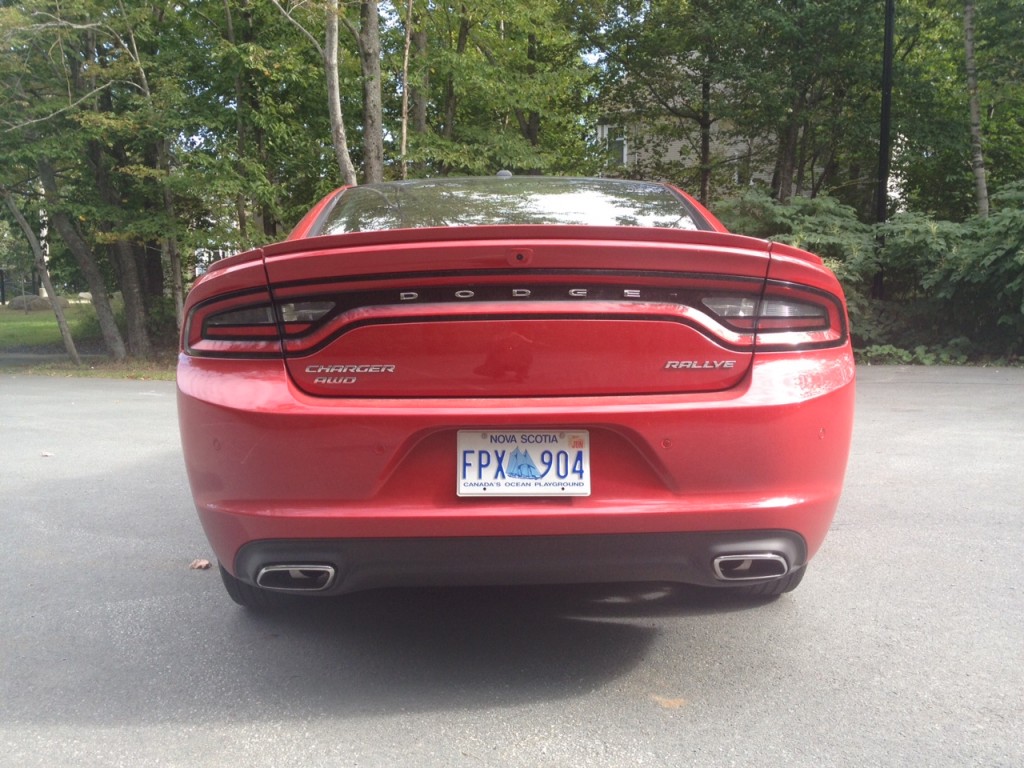 My tester was equipped with the 3.6 litre V6 engine making 292 horsepower and 260 pound foot torque, but the Rallye package also adds an extra 8 horses and 4 more pound foot of torque bringing the numbers to 300 horsepower and 264 pound foot torque. Having not yet experienced the V6 without the bump in power, it’s difficult to say if there is any noticeable difference, but I would hazard to bet there there wouldn’t be. That isn’t to say the Charger feels in any way slow, in fact it uses its power with gusto. If you really put your right foot down, the engine charges to life (excuse the pun) with the ability to snap your neck back. All that power is coupled to a ZF sourced eight-speed automatic which does the trick for the most part, but isn’t the most refined transmission out there. That said, it does help out in conserving some fuel. 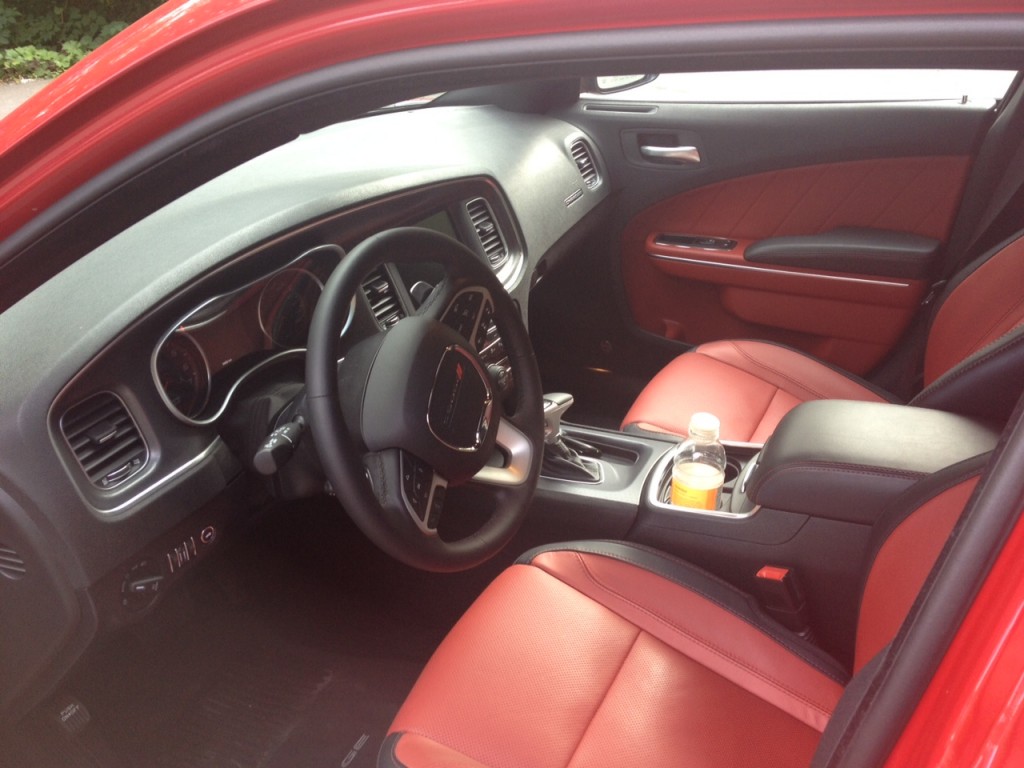 And the same can be said for the Charger’s driving characteristics. It feels relatively planted in corners, but the rear can shutter a bit at times which eliminates any peace of mind you may have felt before flogging it into a corner. The tall side-walls of the 19-inch wheels may play a factor here as well. You can get optional 20’s which should have a lower profile, but that would likely tamper with the ride, and indeed your wallet as they will be expensive to replace. Otherwise, the Charger feels quite solid, especially on the highway where it seems to shine best. 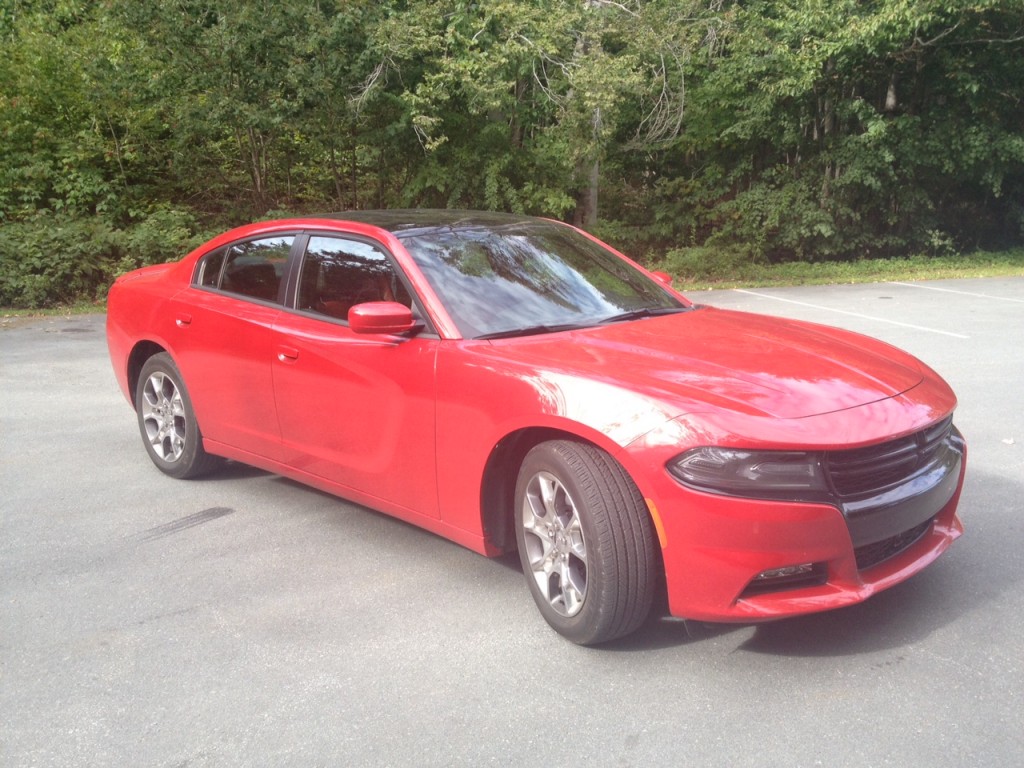 So, the verdict? Well, I’m not entirely convinced that the new Charger is so good that it would take my hard earned money like it apparently convinced my friend, but, having yet to try a Chrysler 300, it is likely one of the best vehicles that Chrysler currently makes. Assuming you option it out a bit more tastefully than my tester, it’s probably one of the best looking too. And given how far the Charger has come in such a little amount of time, I’m certain we won’t have to wait long until the Charger is damned near perfect. 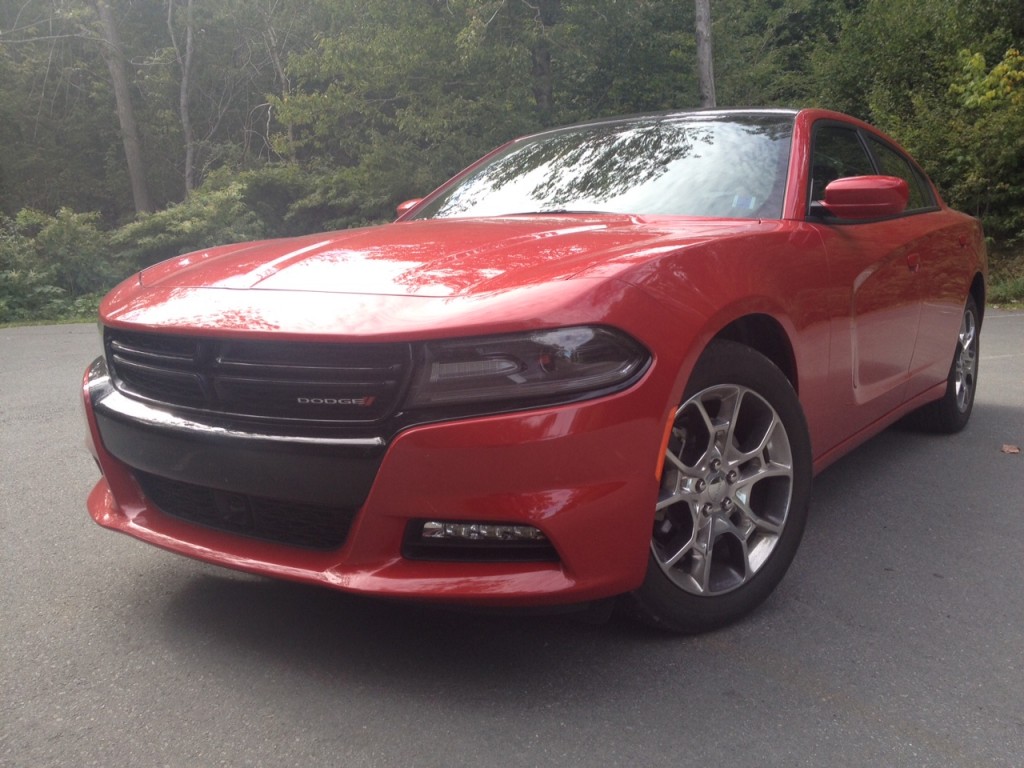