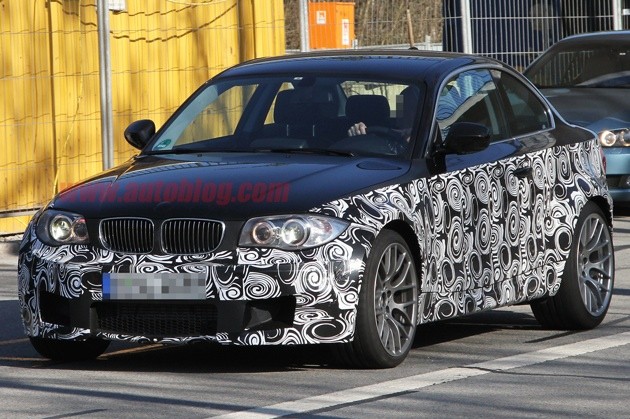 Autoblog has managed to get their hands on a spy shot of the upcoming 135is that we reported on a while back.

Or is it going to be called the M1? That one seems unlikely as we’re betting BMW will want to revive the M1 name at some point for a true supercar. We think it should be called the 135is like the the 335is, and thus, we will call it that until we hear differently.

While the name is still up in the air, one thing is certain: there will be a more powerful version of the 135i and reports have it pegged for an early 2011 release date.

Those wheels are absolutely sick. And we mean that in the best way possible. On top of that, oversized drilled discs and widen fenders help the new 1 gain a muscular physique.

We heard rumours of 320 horsepower a while back, but now we’re hearing that the new 135is will be making horsepower in the 350 to 370 range from a twin turbo inline six. Torque is likely to be in the mid 300 range as well.