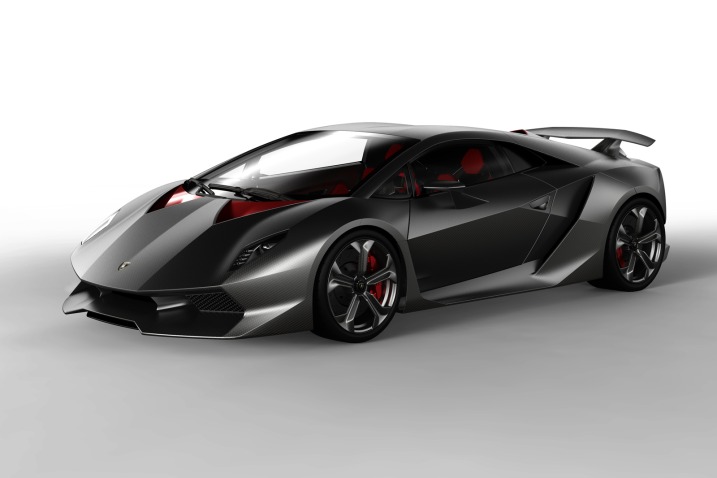 After releasing about six teaser images, of which I did not blog about because I’m so sick and tired of stupid teaser images, Lamborghini finally revealed the mystery concept ahead of Paris.

Okay, now onto the good stuff. Meant to be a successor to the Murcielago LP-640, the Sesto Elemento packs a lot of punch. It uses a tuned version of the Gallardo’s V10 which produces 570 horsepower. Sounds a bit underwhelming? Well the other piece of the puzzle is that Lamborghini is getting into the weight loss business as they have just discovered that light weight is an important piece of the performance puzzle. As a result, the Sesto Elemento weighs just 2,200 pounds! To give you an idea of just how light that is, it’s roughly the same weight as a Lotus Elise.

The power-weight ratio means the Sesto Elemento can fo from 0-100 in just 2.5 seconds! That’s insanely fast!

“With less weight, it will change direction in a way that you won’t believe unless you drive it. There will be no play in the suspension, no flexing, no inaccuracy at all. You ask it to do it and that’s exactly what it will do, down to the width of a hair”

Watch out for a Car Driven test drive of the Sesto Elemento in 2030.