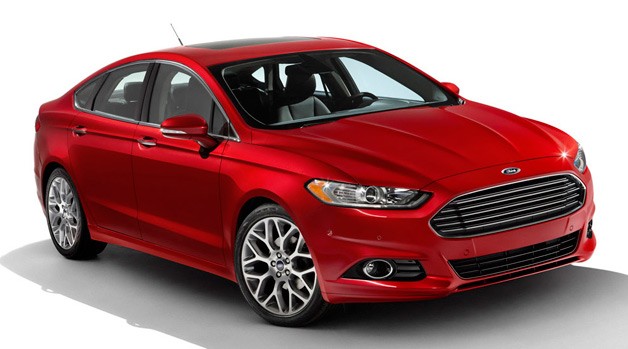 Ford has released official images of the new Fusion and stylewise, it’s a winner for sure. Part of the reason might be due to the fact that this is actually the new Mondeo for Europe too and the Europeans, well, they just plain have better taste than us with certain things not least of which is car designs. Ford’s new global car campaign is paying off for us North American’s as a result.

The new Fusion gets a low-slung sleek look that easily rivals that of the Hyundai Sonota. Europeans might see this design as more of an evolution of the Mondeo, but regardless, it’s safe to say that this new design is quite agreeable.

Now for the big news. Ford is ditching its V6 in favour of a 4 cylinder line up. Many criticized Hyundai for doing the same with the Sonata, but there seems to be no indication of backlash in their sales. It’s safe to say the all four lineup won’t hurt Fusion sales either. The base trim level will get a 2.5 litre four that generates 170 horsepower and 170 pound feet of torque. This unit gets paired to a six-speed automatic only. Next option available is actually a 1.6 litre Ecoboost engine that makes 179 horsepower and 172 pound foot torque. This is interesting because it will likely be more efficient and just as powerful as the 2.5. Makes you wonder what the point of the 2.5 litre is altogether, but I digress. The top of the line engine will come in the form of a 2.0 litre turbo which makes 237 horsepower and 250 pound foot of juice. Both the latter engines will get the automatic transmission but the 1.6 can be had with a six-speed manual which should help make the most of power from that unit.

What about the hybrid?

Well it’s sticking around but it will get a 2.0 litre four cylinder Atkinson unit which replaces the 2.5 in the outgoing Fusion Hybrid. The result is 180 horses and 130 pound foot torque estimated. The result? An estimated 5 L/100 kms in the city and 5 L/100 kms on the highway.

But wait, there’s actually another hybrid version of the new Fusion called the Energi. It uses the same engine set up from the regular hybrid, but it’s actually a plug in which helps the Fusion run on pure electric power alone.

No matter what your preference is, chances are there’s a variant of the new Fusion which is at least somewhat appealing to you. Click past the jump for a few more pics. 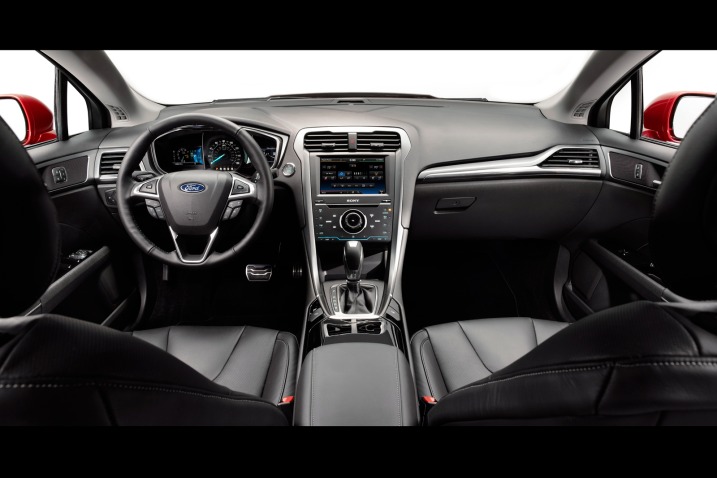 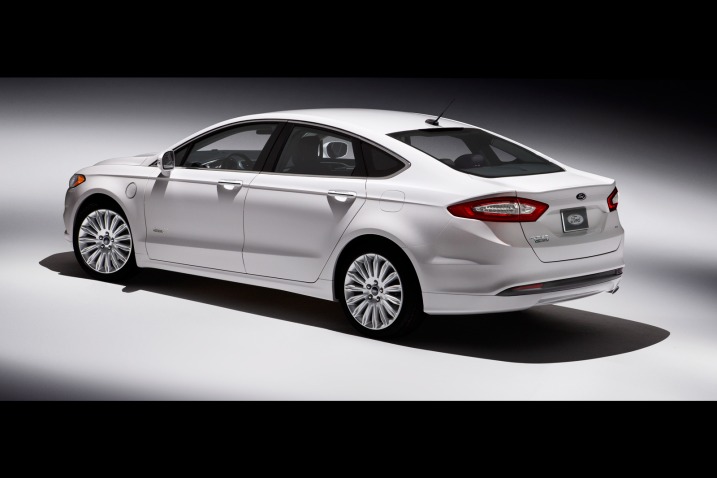