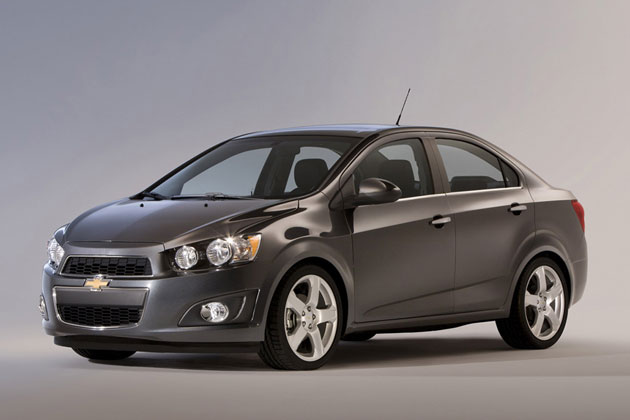 Chevrolet has officially revealed its replacement for the aging Aveo at the Detroit Auto Show this year. Despite the ridiculous name, Chevrolet has come up with a decent looking vehicle.

A turbocharged engine is now a new option. It generates 138 horsepower from a 1.4 litre four. That’s about 18 more horsepower than a Ford Fiesta. The standard 1.8 litre is also available. A five speed manual is standard and there is also an optional six speed automatic available.

The more interesting part is that GM has actually reqorked the suspension. They gave the task to the people responsible for the Corvette’s suspension and they came up with McPherson struts up front and torsion beams in the back.

The new Sonic is also roomier than the Fiesta in both sedan and hatchback forms. It seems the General had the Fiesta in its sights from the get-go.