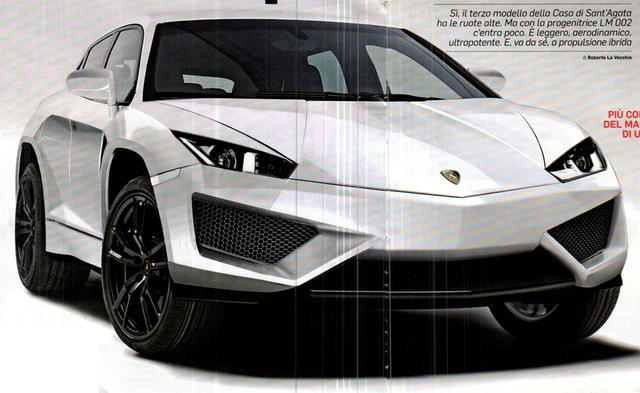 Before you go shouting blasphemy from the hills that an SUV will have a Lamborghini logo on it, there’s a few things to consider:

Anyway, the photo you see above is a photo leaked of Lambo’s newest product in an Italian magazine. It’s unclear if this is just a rendering or indeed the SUV concept to debut at the Beijing auto show this year, but regardless Lamborghini it’s clear Lamborghini is heading the polarizing route.

Power is rumoured to be the same as the V10 found in the Gallardo which makes 575 horsepower. A hybrid version is rumoured as well which could generate as much as 700 horses. Yikes.

Click past the jump to see a rear shot. What do you think of Lamborghini’s new SUV?