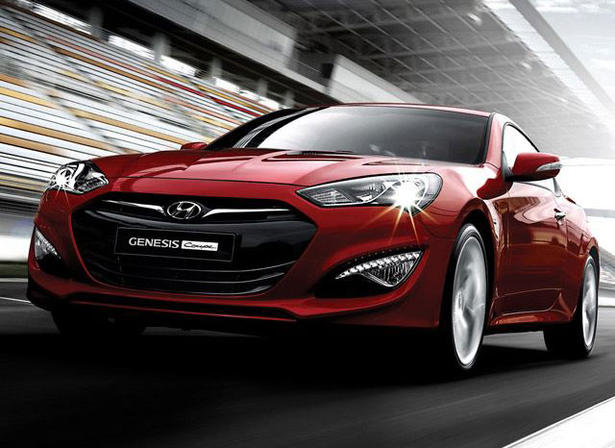 Hyundai is significantly boosting the power on the impressive Genesis coupe for 2013.

The 2.0 litre turbo will now make 275 horsepower and 275 pound feet of torque, up 65 horses from the current unit’s 210 horses. The V6 will now produce 350 horsepower and 295 pound feet of torque. The V6 uses the same direct injection technology found in the 2012 Genesis sedan, but Hyundai actually made it more powerful than the sedan’s 333 horses and 291 pound feet of torque. Each engine can be mated to an optional 8-speed automatic or a 6-speed manual. This update makes the Genesis coupe the most powerful in the segment in which it competes. If Hyundai manages to keep the price down, that is tremendous value. As the Gensis coupe is already a capable vehicle, this will surely make it better.

The 2013 Genesis coupe will debut at the Detroit Autoshow in January 2012.