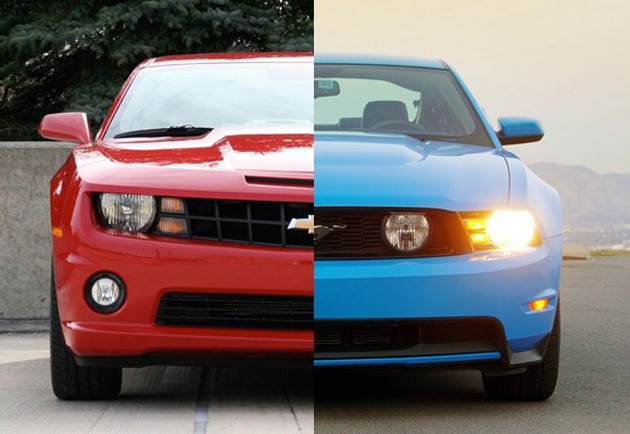 For the first time in 25 years, the Chevrolet Camaro will outsell the Ford Mustang in the States this year. Ford has even conceded that its stallion will end up in the number 2 spot. In a bit of an odd trend, however, us Canadians apparently prefer the Mustang to the Camaro.

According to the New York Times, the Mustang’s sales is currently sitting at 4,935 units compared to the Camaro’s 3,974 sales.

This is especially odd since the Camaro is home grown, it’s built in Oshawa while the Mustang is built in Michigan.

Ford says it’s because the Mustang is “an icon” and many Canadians consider it to be their “dream car” (I must be in the minority if that’s the case). But really, the Camaro is fairly iconic as well.

GM says it’s because there is a lack of incentives on the Camaro and the convertible model is very limited at the moment.

Whatever the reason, it’s good to hear that Canadians aren’t so wrapped up in buying a product simply because it was made in our own backyard. Don’t get me wrong, I’m all for supporting our workers and stimulating our economy, but the fact of the matter is, a car is the second biggest purchase someone will ever make. The decision on what to buy better go to the best car, and not simply because of where it was made.

I’m not suggesting that the Mustang is the better vehicle, however. I’m just saying that I’m glad Canadians are buying with their hearts and not what political figures tell them to do with their hard earned cash.

In any event, congrats to the Mustang. I think a test of both these vehicles are in order, wouldn’t you agree? I’ll get on it. I promise.